illustrator.SVG file will not load into the glowforge application I am not sure

I’ve uploaded the .svg files that will not load into the glowforge app. These are files I created but I do have some other AI created files that convert and load up just fine so I am not sure what I might have changes to cause the problem. Thank you for your help as I am sure I made a change to the AI interface that is causing this problem

How did you create that SVG? I am not an illustrator export but it looks a bit strange to me as I don’t seem to be able to ungroup any of the items into individual parts.

Because I couldn’t ungroup things and it appeared as a single item, I took a look at the xml. The only thing I can really say here is that the contents look like what I normally see for SVG files.

Now, I opened the AI file to try and figure out how Illustrator might have composed the svg and noticed the SVG and the AI file are completely different. In the AI file there appear to be several problems such as not having the text converted to an object.

Did you attach the correct AI file or is the SVG the one you are trying to use?

I do use Illustrator and I’ll be happy to take a look at it for you after breakfast.
(But I do need to eat so check back in a little while.)

First of all the Trump Coasters file was in AI format, not SVG. (I do that all the time since I keep both open on the desktop, just make sure to save your AI files in SVG format because that’s what the Glowforge interface uses.)

Couple of other things in the file… the text had not been converted to Outline. With text you would normally right click on it and Convert to Outline, or set it up to do that in the SVG file saving dialog.

DT image. It’s hard to see it, but that rectangle around the logo would have printed a faint color there, leaving a sharp rectangle on the coasters. Wasn’t sure if you wanted that or not, but I took it out in Photoshop. That leaves just the logo to print on the coaster. With raster images, the only color that does not print is 100% pure white pixels. The rectangle was not pure white, and close doesn’t count with this - it would have printed.

Another change that I made was to change the size of the coasters slightly. You had them at around 4.5" which is fine for cutting, but if you want to put eight of these on the bed you are limited to around 18" in width, since the engrave area on the bed is a little smaller than the cutting area. You have to fit them a little closer together and make them just a little smaller to do that many. 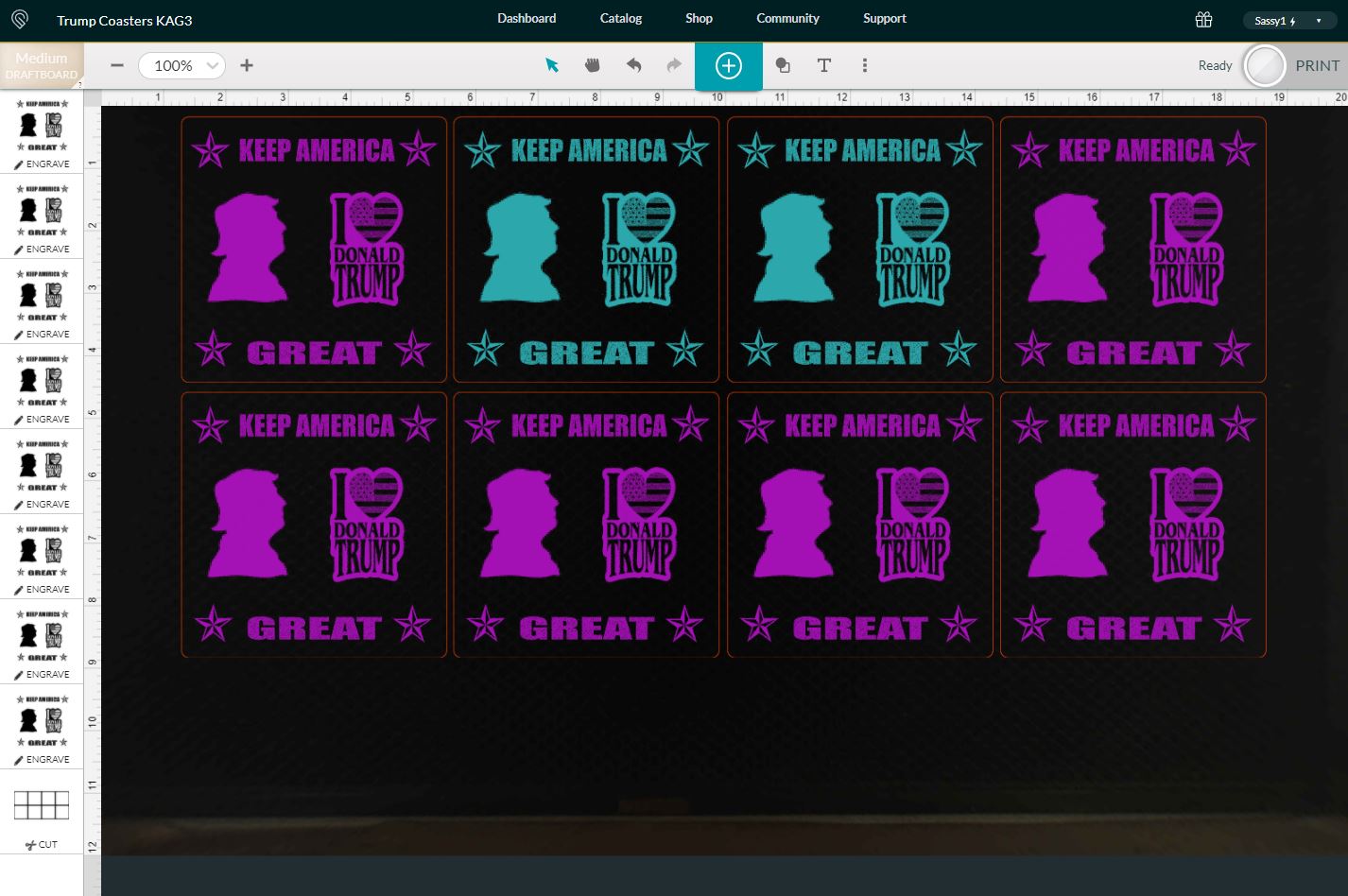 One final tip…to speed up processing and create a whole lot fewer operations, I combined all of the text and images for one of the coasters into one rasterized image, so that it engraves as one unit. Then I copied and pasted that along with the cut line for it. Each individual image in a file creates it’s own engrave operation, and with all the separate image components to the design, that turned out to be a LOT of separate operations. By combining them, it smooths the processing, and lowers the number of Engrave operations to one for each coaster.

Here’s the revised file. It still takes up to ten minutes to load right now, but I think that might be something to do with an area wide performance issue that has been popping up for the last few days, so load it and go get a snack or some coffee before cancelling it by backing out to the Dashboard, and if you see it there, open it up again.

I see that the community has provided some good advice on the next best steps. Thanks @Jules. I’ll keep this thread open a little longer, and see if any of those steps helped. Let us know how it goes!

This was very kind of you to help me out. I need to find a work flow I can print out and follow. Do you know I’m such a document

Not to perform these specific functions - they come with just getting familiar with what to do.

But there are some Design Tutorials that i like to direct people to when they are getting started with designing their own files. It’s really just a few concepts to learn and then you can mix and match them to do anything:

Tutorials for Learning to Design Your Own Files

These are important for learning to understand the concepts of design and how to make them apply to the Glowforge software, no matter which program you use to design them.

And this one is a handy reference for the Glowforge Interface:

Also be sure to make the Image Location “embed” this will prevent the svg from saving every graphic as it’s own separate file.
And as previously mentioned, select all of the engraving graphics and then “rasterize” as one piece. It’s a huge time saver when engraving. 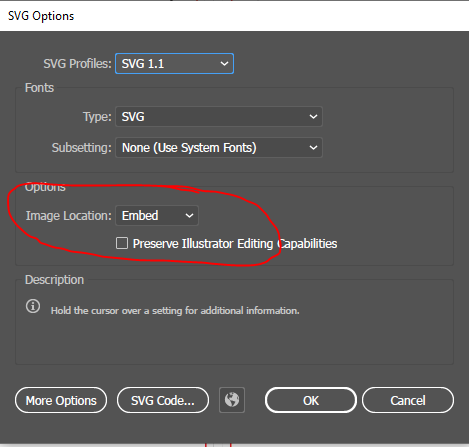