I had a friend come over the other night and we etched his MacBook. To say the least its a little intimidating! Turned out well.

The first pass was 68 Power, full speed and 340 lines per inch. That turned out well, but was a bit lighter than I had hoped. I then upped the power to 99. That really made it stand out.

This was the first MacBook etched by a customer right? 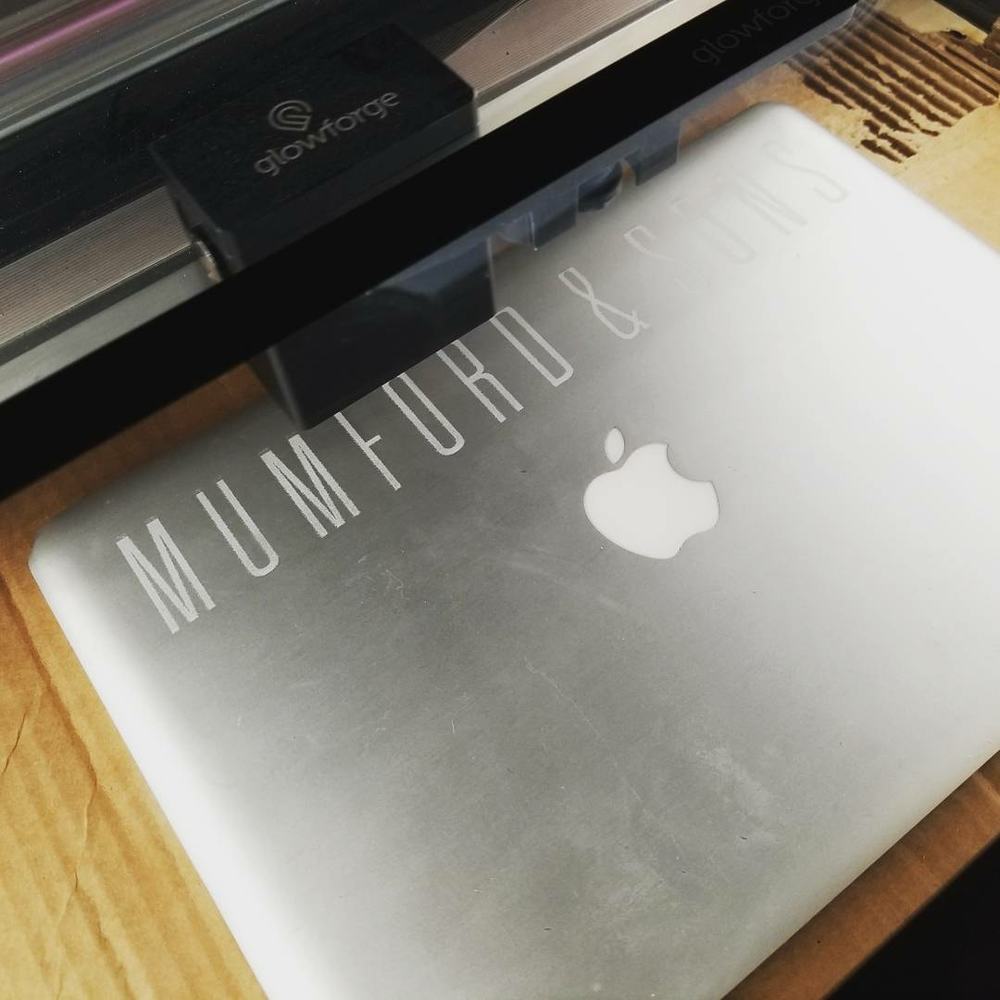 Looks Great! What ever happened to the object recognition feature? I remember the

was to identify an iPad / iPhone when you put it in the case.

Not done yet. (Or they might decide to drop it. Who knows.)

That was the feature that tipped my purchase, everyone wanted their phones done. Now I realized that I can do it anyway, but it was kind of like

I hope you’re listening… Anyone? Anyone?

That was the feature that tipped my purchase, everyone wanted their phones done. Now I realized that I can do it anyway

It was an interesting but not compelling feature for me. I was already doing iPads and iPhones on the Redsail.

What would really make the feature standout would be for them to automatically vary the power as the image slides over the curved edge (and maybe recognize not to engrave the logo so you didn’t need to extract that out of your file). Curved edges do pretty well but varying the power would make the image on the edges exactly the same as the rest of it.

The first pass was 68 Power, full speed and 340 lines per inch. That turned out well, but was a bit lighter than I had hoped. I then upped the power to 99.

This is one case where more LPI really makes a difference. I use the 450 or 6-whatever LPI setting. It makes a very smooth looking “engrave” that has no lines or fuzzy artifacts.

Yes! Really cool, and makes it so that I will eventually offer this to people the more people try it

Looks like you’ve removed the crumb tray and raised the Mac with corrugated for height? Any anodizing spray/treatment, or just etch bare metal?

really, that’s what compelled you to get the GF? how many Ithings do you have? and what happens every year when they change the model, put glass on the back, chromed backs etc?
I actually though that having a feature specifically for marking ipads somehow cheapens the tool… almost makes it too user friendly. if that makes any sense…

Yes, I measure the height of the MacBook as well as the width and depth and create a template in Fusion 360 and then put a couple sheets of MDF in the bed without the tray. I then measure the height with the MDF sheets and laptop combined subtracted 1.5 in from that to get my height. I didn’t use masking which I should have but I didn’t and I didn’t use any kind of spray or anything. Next time I think I might try the marking spray.

It was cool, as I said sort of

for objects (not just iPads). As to iDevices I have way too many, I just re-purpose them for other tasks (i.e.: Surveillance Camera, Home Control, video, etc)

I was getting a

I don’t know if a feature cheapens a device, it’s just a feature. And whats wrong with user friendly?

I have a couple of dead MacBooks to practice on. Since the GF can’t ID the material, the first question the interface asks is: Thickness. How should I determine this?

Measure the thickest part with a digital calipers and enter the result in inches.

Thickest part of the overall computer? Or the aluminium cover? (which I don’t have access to without tearing the thing apart)

How did you plan to engrave on it? By removing the cover or leaving it attached?

The thickness that you need to enter into the Unknown Materials slot will be the distance from the surface of the material to where the top of the tray would normally sit.

We’ve got a couple of tutorials that explain it in more detail.

Some engraving techniques use a slightly unfocused beam. I would echo @dwardio and place some scrap at that height and try engraving your desired design. Try to use a wood as similar to the box as possible. You are firmly into the realm of experimentation here! Have fun!

Thanks, I’ll go over your tutorial. I plan on experimenting on them whole, since I might have some people asking me to etch their computers, I want to have an idea of what I’m doing before anything else.

Thanks again for the help

But, wait, guys, the real question here is does this person just love Mumford & Sons or are they part of Mumford & Sons? Because if they’re not in the band they must love the band a whole hell of a lot and either way I’m impressed. 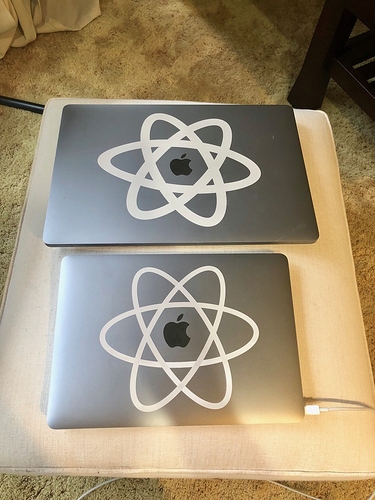 Nice. How’d you make them white?