People who ordered months after the campaign are getting their Glowforges?

I have seen multiple forum posts where @dan has said that the Glowforge will be shipping based on the order date. Yet based on information from the Glowforge Crowdsourced Shipping Tracker, people who ordered after the 30 day campaign are getting their emails as recently as this week.

This also appears to be affecting both Basic and Pro orders.

@dan can you clarify the shipping and selection process please.

I would suggest reading this thread.

I’m generally a patient person, and I’ve been silent through all of the delays, reading the emails and forum posts. I’ve tried to stay positive about GlowForge. My brother was in town recently and I was telling him about why I purchased one and the promise of the device for my small business, and as the words came out of my mouth I realized just how ridiculous it sounds – that a product that I ordered on September 24, 2015 has still not been delivered, and that the company that’s making it has…

Ironically “knowing the right people” gets you the opposite effect. We pushed employees and paid partners back on the delivery list, even as we pulled people forward who helped with the development of the product for free. We didn’t feel good about getting our machines when so many customers didn’t have theirs. The numbers were roughly the same, in fact - I think around ~100 were accelerated and 100 were demoted. The net impact on the line is close to zero.

People who have been chosen to receive a grant for the Maker Faire are receiving an early unit, so they can prepare their materials. Anyone could have applied to host a booth at Makerfaire and if they were chosen, they became eligible for the grant.

The order dates for those selected did not matter.

We want to help you, and all our awesome customers, share your creative vision with the world. What better place to do that than World Maker Faire New York, the place we ourselves launched to the world two years ago? Maker Faire NY 2017 will take place on September 23rd and 24th at the New York Hall of Science in Queens. We’ll be there, and we’re hoping you might be, too, so we’ve put together something that we think you’re going to be really excited about. #Here’s the deal: To share the ama…

Perhaps the company decided that it would be easier or more effective in the long run to provide these people with their forever units now, rather than the loaners that were promised to grant recipients?

That makes sense, but the question remains how are they choosing who gets units. I still see a number of people who ordered the first day who don’t have their units, while people who ordered after them have gotten their e-mails or units.

Unless these are all people going to Maker Faire, I would still like @dan to share what criteria they are using to send out units.

Keep in mind that people may not be updating the spreadsheet after they initially entered their information.

Some of those people may have received the “Golden Email”.

Another possibility is that they have not replied to “THE EMAIL”. On vacation, out of town, what ever. I would assume that if someone does not reply then they move on to the next in line?

That document, although IMHO very useful, is incomplete.

You need to keep in mind it is based on the voluntary contribution of data… as a result< you can expect everyone to update it months or years after initially entering their data.

I have been following it pretty closely as I was mid day 2 and I can say that the order of the emails has generally followed the order date.

Exceptions being Country of delivery, Pro/basic ( not an issue any longer) and special cases like the grant or super helpful individuals.

I apologize. Please let me know where you saw that so I can correct it. It should have said “All things being equal, shipments will be based on order date.” Some of the things beyond order date that affect ship time are location, order, and if people helped in the development of the product.

Your original complaint was about people who ordered months after the pre-order. The two people that you selected for your example were grant recipients, which is why they’re receiving early machines. This illustrates that the crowdsourced page does not (and can not) include all variables. Thus, you’re working with incomplete data.

Your next sample from the crowdsourced shipping tracker shows a list of people who ordered two days in to the preorder campaign (as opposed to months after). That screenshot shows three people w/no golden email, but one of those 3 posted on the forum yesterday to say that they got their email. Perhaps they forgot to update the crowdsourced page. So again, incomplete data.

Not knocking the crowdsourced page. I get that many are watching it in hopes of measuring shipping volume, and I understand why … but I wouldn’t make too many assumptions (or get too upset) based on the partial information supplied there.

I would take the excel sheet with a grain of salt it is voluntary and has a very low participation in comparison to the base (total people that ordered) as well as even lower for people that may have added info and never went back to update it. I thought it was neat and in good sport at the beginning. But with it constantly getting thrown at in @dan‘s face as some hard evidence that some feel they are being miss treated is frankly annoying. I think the original spirit of it was just for people to have some fun. But lately it seems to be causing malcontent instead of fun

Can someone tell me of what value this spreadsheet is? Besides based on a very, very small sample and of questionable accuracy, what practical purpose does it serve?

It is quite a large sample statistically, so unless you think the sample of people who put their info is biased in some way then it is mathematically reasonable to extrapolate it.

The question still stands – of what value is it?

It lets people see how close they are to getting their machine because you can see which order days are being worked on for basic and pro. Then at some point we will see international orders start to work their way through.

Sorry – do not see how it shows anything of the sort.

I don’t think you or I have even the vaguest clue as to when we will actually get our Glowforge, and all this spreadsheet seems to do is fuel angst and dissatisfaction.

If this is an actual predictor of that delivery date, when will you see yours? When will @marmak3261 see his? I would be really interested to see that prediction and then compare it to the actual dates you or he gets theirs…

Sounds like an unfair conspiracy, I’d personally probably quit my job and dedicate my life to righting this injustice.

palmercr is correct; the only issue is if the sample represents the rest of the population in a reasonable way.

If you don’t like that, then maybe you should read up on the central limit theorem. 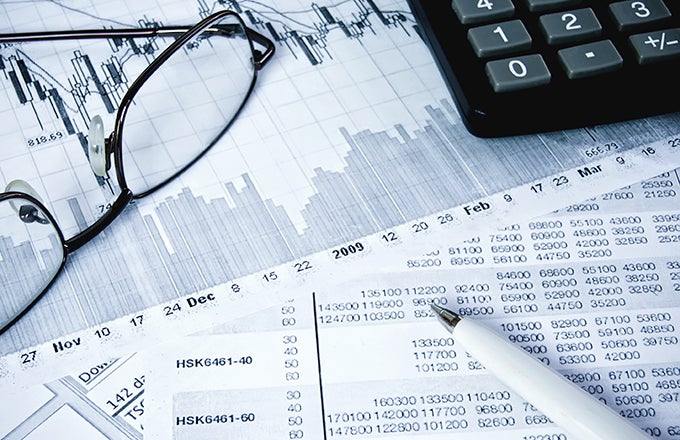 A statistical theory that states that given a sufficiently large sample size from a population with a finite level of variance, the mean of all samples from the same population will be approximately equal to the mean of the population. Furthermore,...

By keeping an eye on the sheet, I can tell when the people who are just a bit ahead of me are getting their emails (If they fill it out), which logically follows that I should get one soon too. Since I’m at Oct. 21, I can’t give you a prediction of when I’ll get mine, but if say Oct 18 and 19th orders were suddenly filled then I can reasonably expect to get mine soon after that. It’s a nice progress indicator, not a rate of progress beyond a ‘guess’ though since it is voluntary and not everyone is keeping up with filling it in. (OR… that is at least how I’m using it. It shows progress being made. and I’m further off on the schedule than where they are at now.)