Decided “The Scream” escutcheon, while amusing just wasn’t awesome (more snarky - which admittedly is me) so after watching the first 3 episodes of the latest season of 12 Monkeys, figured that would be awesome in Inventables translucent 1/8" red acrylic.

Took a bunch of work in Photoshop to clean the image (it is deliberately noisy, which wouldn’t work here) and then selected an inner circle and outer circle. Brought those into illustrator and auto-traced (did it as black and white logo trace. Then removed the white layers) Have a small support ring to keep the button centered which you can’t see. With the masking on I first tried acrylic paints (like others have done, which made a giant ruining mess of it given the intricate pattern); then I just used spray paint with the masking on. Black was 4 coats and White was 2. The monkey face is reversed on the back (wanted a smooth button and it comes out of the gloom then) while the ring is on the front. 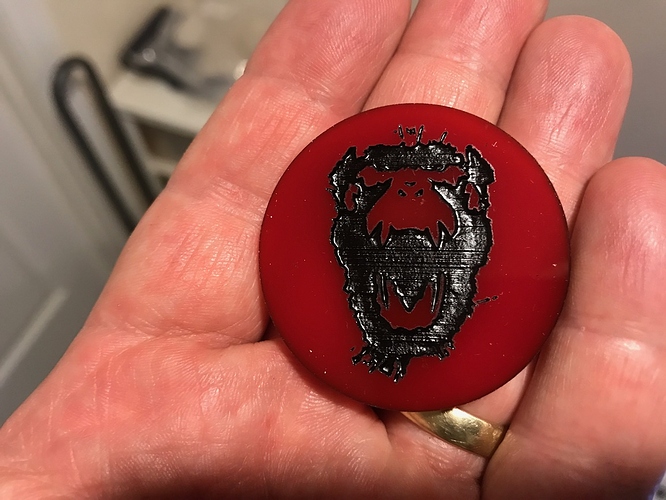 The movie just can’t do it justice, as the iPhone just doesn’t have the dynamic range from off-to-on on this. It looks so amazing… 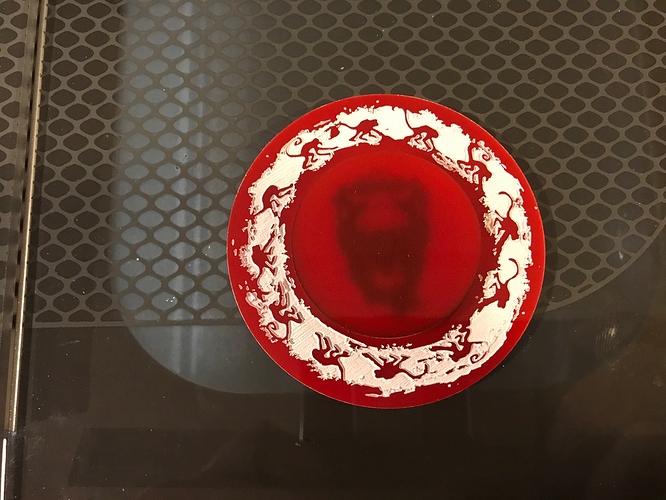 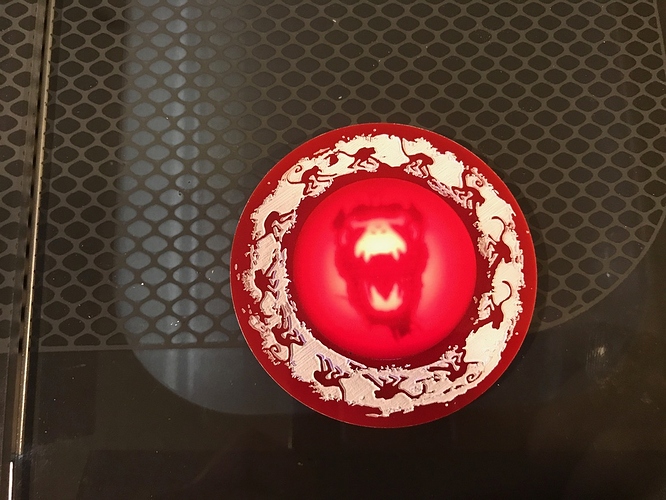 Lol, I love it. Beautiful work once again.

(And a little scary in the red.)

That looks so good. It actually looks 3 dimensional. This is my favorite one.

So cool! And in person must be cooler (and scarier

Holy cow @henryhbk, you are so awesome. I get this feeling following your posts that you would fit right in as one of a band of superheroes, but rolling in physician, tech geek and artist. You break the mold! Thanks for showing us this!

This escutcheon needs to get picked up by one of the tech feeds for sure.

That reminds me… I have 10 new episodes of 12 Monkeys to catch up on!

OK, did that confuse the heck out of you? My Tivo told me it was recording 10 episodes, so I thought it was confused… Nope, the whole season at once…

I’d seen an announcement a month or two back about how they were going to show the whole season in 3 days, so I wasn’t surprised to see them all pop up on my TiVo.

Well that’s just fantastic. I love that show…and movie. I could see you making a 12 monkeys poker chip set really easily here.
I know it’s a round button, but I really wanna make an arcade coin slot looking one now that I’ve seen yours.

Well this is the stuff of nightmares. And I mean that, ya know, in a good way…

Really interesting to see the etch with black and then backlit - @smcgathyfay backlit some engraved at different depths in a previous post, because she is awesome. But I hadn’t considered adding paint for additional shades (being able to go darker than the base color could be really interesting…)

That is fantastic! So far my all time favorite. Thanks for sharing your process.

I adore this. The effect of the eerie glow moving behind the figure is one that would translate awesomely to other themes. Definitely would like to try this.

I watched the first few from this season now. Still pretty good!