This topic will be a work in progress. I did the design in Inkscape and did a test cut of cat food box chipboard. This is definitely a parametric modeling job in the long run to get exact dimensions of the darts, but Inkscape cloning did pretty well

Hardest part is assembly. I ended up putting some spray adhesive on to keep the pieces from shifting from my fat and sticky fingers. A needle or some type of pick would work well to shift the pieces, I used a pen. ProofGrade Veneer comes with an adhesive backing already. I cut these out individually rather than grouped/combined with no double common lines since I’ll be alternating maple and walnut veneer in the final piece.

The points don’t meet at the moment. That is more a function of difficulty in placement rather that imprecise cutting. Many compass roses have a circle in the center as a way to make placement easier. I’ll keep working on this to see if I can have all the points meet at the center. 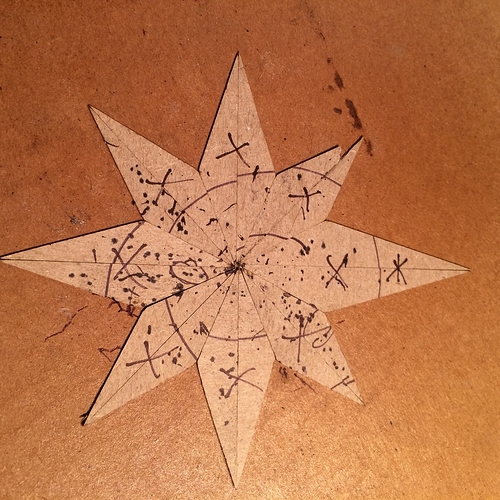 Here is a test on the ProofGrade maple plywood to see what depth of engrave would work for the veneer of .035". 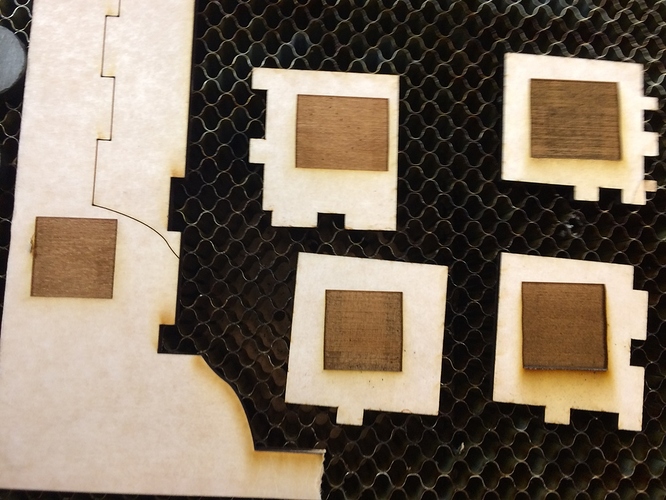 Hurrah! This is one of the things I want to do a lot of. Is the proofgrade veneer prefinished?

I haven’t peeled back the masking yet. All the other stuff has been finished.

I think the current releases of veneer are unfinished, but as with all things that’s subject to change.

My veneer is confirmed unfinished. I peeled back a corner. That is good actually because I can do final sanding to correct depth in relation to the surrounding wood.

I am VERY interested in this project. This is exactly something I want to do.

That is good actually because I can do final sanding to correct depth in relation to the surrounding wood.

Good – I was thinking the same thing, because otherwise you would have to get the engraving dept exactly right. OTOH it does mean an extra finishing step, but…

Thanks for posting–I’ll definitely keep an eye out for your progress updates. Veneering and inlay are two of the functions I’m most interested in.

Sweet, I’ve got nearly a cubic foot of beautiful assorted veneer cutoffs that arrived a couple of weeks ago, that are just waiting for projects like this.

Very nice! My wife and I have talked about putting a compass rose inlay in the entryway when we eventually get around to building our dream log home. Hmm, with each piece being 20" long, that would give a 40" compass. That could work! Adding that to the project list.

Here is an updated design file. This time I focused on exactness of fit. I used the clone tool, since there are only four different darts that just get copied and translated. I used colors to designate these different darts, although I will only have two species of veneer to work with, which is no problem. I also did an inner ring and outer ring. One fun thing will be to inlay the letters for the different directions. 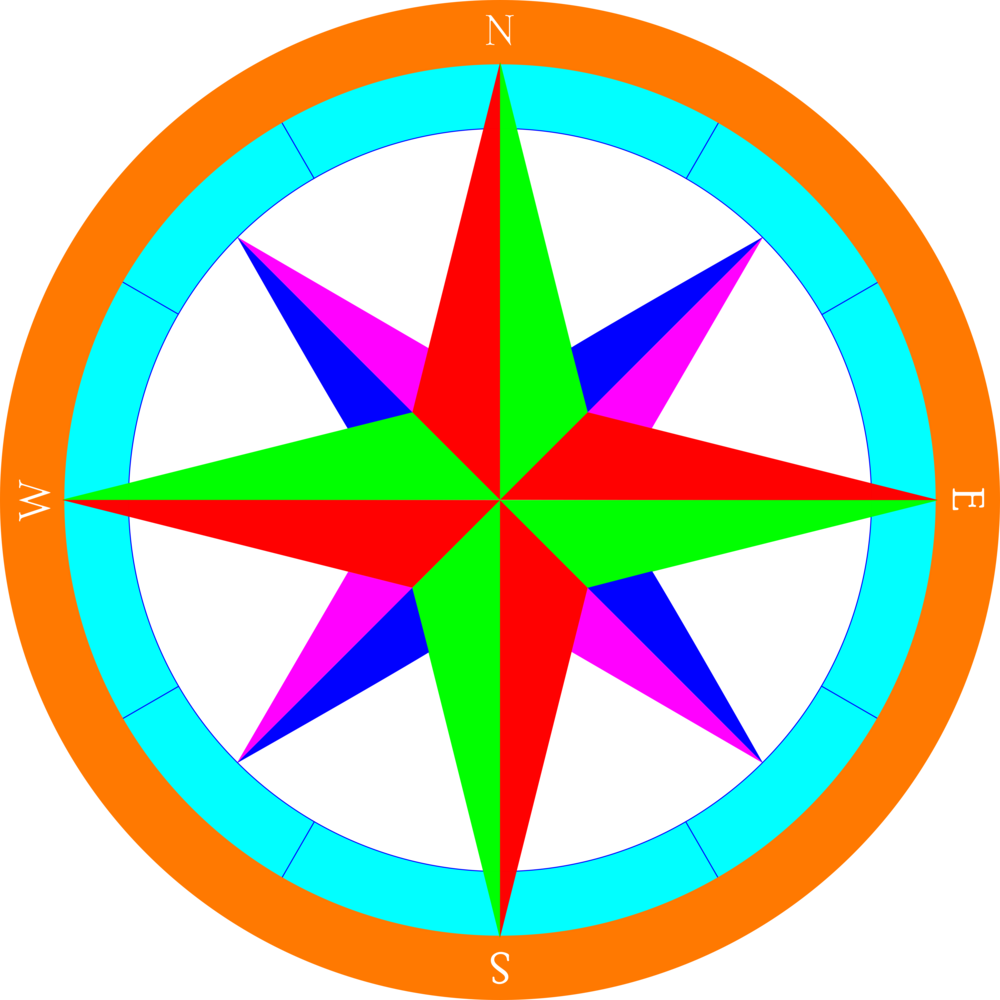 What size do you think you will make the overall diameter?

Not sure, but I’ll do the next trial run on chipboard with all the pieces cut as is without compensating for kerf and put the outer edge of the outer ring at 8 inches. That should make the inlays big enough to work with handily. I’m printing the last of my cheese boards and writing up a post on them.

I like that a lot…hurry up and finish the darned thing already! Wanna see!

Have you tried using and etching with gradients yet? If it is capable at this time.

Great design. Have you considered putting a circle in the middle to avoid the issue of converging points?

I can’t wait to see some of your veneer projects. I must say that you are doing an outstanding job of showing the many capabilities of the GF. Makes me want mine that much more.

etching with gradients yet

Not able to do that with this pre-release. I does a pretty good job though in engraving. There are work arounds.

circle in the middle

That’s the true test of a compass rose. Most designs I see punch a hole and fill it. We’ll see how this works. The Glowforge definitely could cut that fine, but my fingers and positioning skills might not be up to it. I may have to put something in the middle. I have about fifteen species of wood at my disposal from my brother, so if I put a center, it will look nice.

You can rasterize the gradient and it will work fine. What are you trying to accomplish with it?

Thanks again for pointing this out. I need to try to be more specific. It does a great job on gradients that are bit mapped. I was thinking of when I had a gradient as a fill in Inkscape without exporting as a png or jpeg.