Something wrong with some vectors and power settings

I’m engraving anodized dog tags. Some vectors Are allowing full power. Some victors are not. I have done test with similar images with no issue before the update just for history sake.

Here you can see this logo engraves great. It is vector SVG. 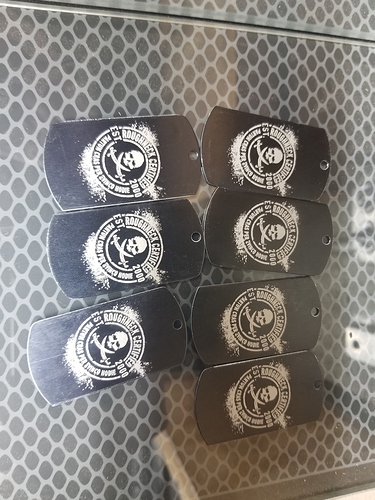 My logo which is also SVG is not in grieving at full power even though it is set to. 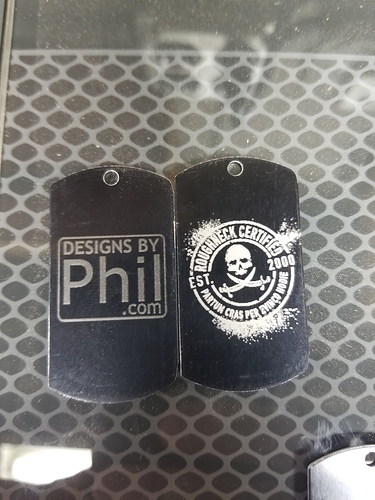 I thought it might be dirty so I clean the entire machine. And tested again.

I tried an image with the dots in all different settings and still the same result you can barely see it. I can tell by the being hitting the anodizing That it was nowhere near full power. I even slowed it down to speed 200 and you get see almost nothing. 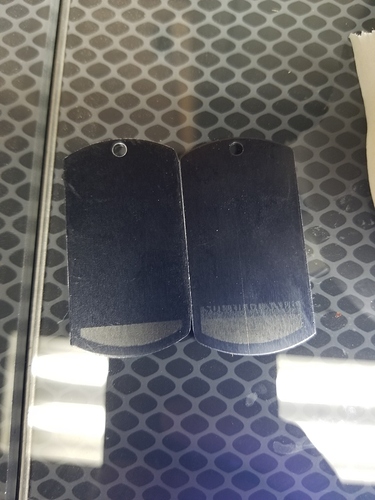 Just to make sure it wasn’t the laser itself and it is indeed the vectors and the software I tested a simple star which has very fine points to also testif its a width of line issue. It engraved perfectly. 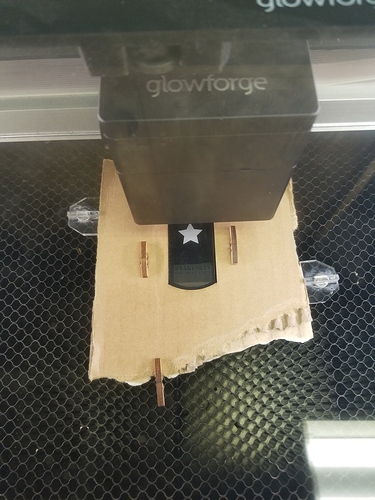 With clues from the other person’s topic with similar issues, I believe I have pin pointed the software bug. This IS a change and it IS a bug.

The svg file is set up with 2 overlapping engravings so that I can flip it over and engrave the second side without aligning anything.

The image that is below the first, even though the first is ignored, is not allowing the engraving to happen. The ignored is acting as a block. Either just reducing power output, or stopping it all together.

i haven’t seen the issue you’re talking about when the objects are different colors and thus different operations. only when it’s the exact same object (same fill/stroke colors) directly on top of each other so they’re both in the same operation.

Ah, I encountered the same problem yesterday but thought it was just me being tired and doing something wrong! But this explains my troubles

The image that is below the first, even though the first is ignored, is not allowing the engraving to happen.

I wonder if reordering would work around the problem?

The double engrave knockout thing has been all or none - not a reduced power thing - that I’ve seen.

Posting the SVG file might be beneficial for either Support or someone else validating your conclusions.

I wonder if reordering would work around the problem

But then I would have to reimport the artwork anyways.

The current workaround is 2 separate files. Having to align the the second with the first, then delete the first.

I would have to reimport

I’m talking about GFUI dragging of the component order…

Posting the SVG file might be beneficial for either Support or someone else validating your conclusions.

Other people here and on Facebook are having the same issue.

Have 2 vectors, 2 different colors, over each other, in one file.

Then ignore one, engrave the other. Then switch.

Do this on anodized aluminum. The image that is set below the other will be very faint as pictured above.

@jbmanning5, I just don’t have it with me, but I could creat a test file for you. Give me a minute

I’m talking about GFUI dragging of the component order…

That may work. I can test tonight

FWIW, I’ve done a file just like this in the last week, and had no issue.
When did it start?
I’ll try to find some time later today to test mine and see if there is an issue now.

Here is a file with 2 tests. one with vector. one with raster. The power variation is noticeable with anodized aluminum. please use that to recreate. wood takes so little power in comparison that I’m not sure it would have the same affect. but I guess you could try and see what happens

INSTRUCTIONS
engrave one of the overlapping images with the other ignored, then switch which is ignored and test again on the other side of the material or a different location.

here are screen shots of my project so you can see what I’m talking about. 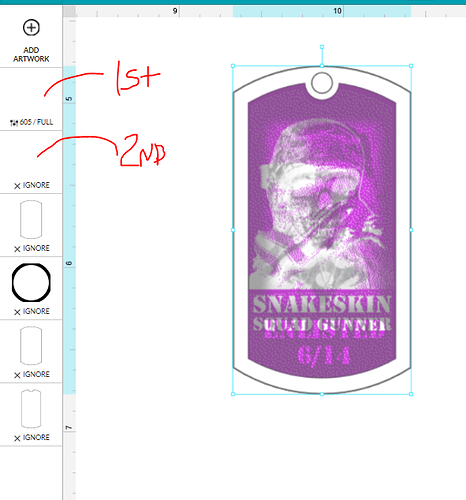 I can’t even get this to go full power on it’s own. can someone please look at this and tell me what they see?

Something is definitely very wrong here.

Here is the engraving done with the PNG I exported from inkscape. 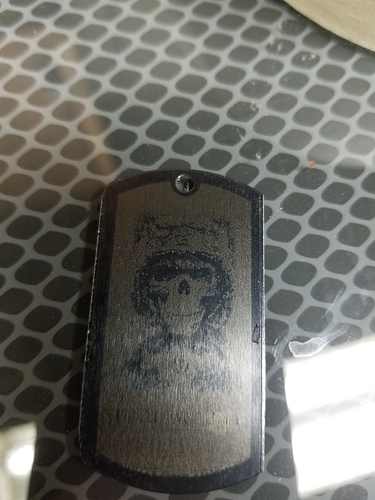 And here it is the same image I opened up in Microsoft paint and hit Save which gets rid of any transparency. 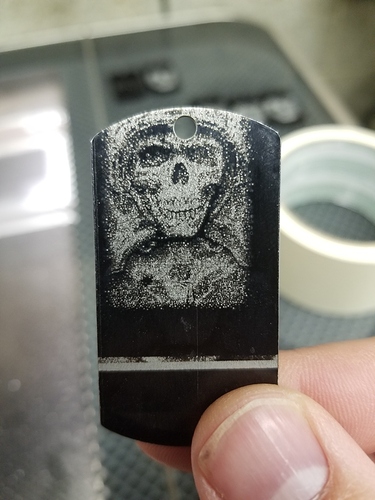 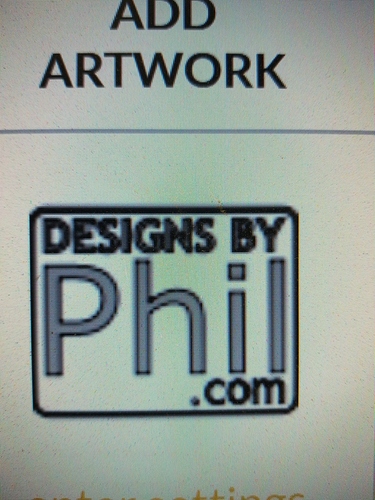 Not sure the grey inside is normal

I exported an image of my vectors as png. Imported it and traced it…

What the heck is going on?! 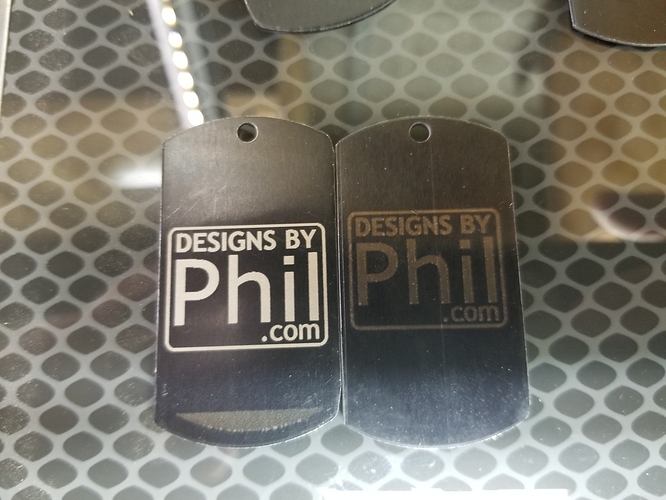 So I’m convinced it’s the vectors now but why is the question.

You’re doing a whole lot of testing with different files, asking questions about the results, suspect the vectors are the problem, but no one can verify or look further into it without the actual file that you’re using.

No one even knows for sure what settings you’re really using… I see one recent screenshot with some settings (speed/power but it would be helpful to see what you’re doing with the actual engrave settings as well).

Something wrong with some vectors and power settings Problems and Support

I can’t even get this to go full power on it’s own. can someone please look at this and tell me what they see? SCOTT Z side 1.zip (182.4 KB)

Same on all tests.