SVG filling in on engrave setting for unclear reasons

I’m trying to make a little icon of a trash can with a folder in it for something I’m engraving using Affinity Designer.

I saw the zillion threads about SVG curve overlap leading to weird engraving issues, and I’ve managed to fix a bunch of stuff in the rest of the engraving, but this trash can is making me nuts. Even though I’ve set it up to all be one giant set of curves, it’s causing weird fill-in issues when I view it in the GFUI (and I assume it’d fill in when I engraved). 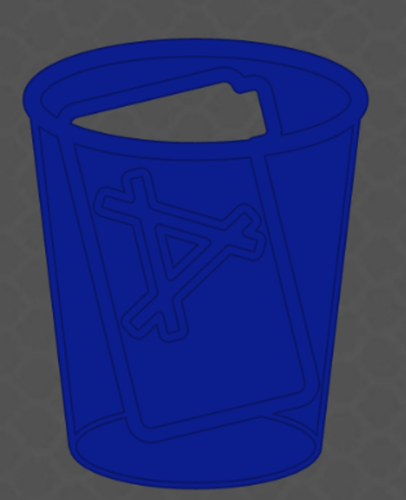 And the SVG being produced when I export:

Looks fine when I preview it using the macOS preview feature: 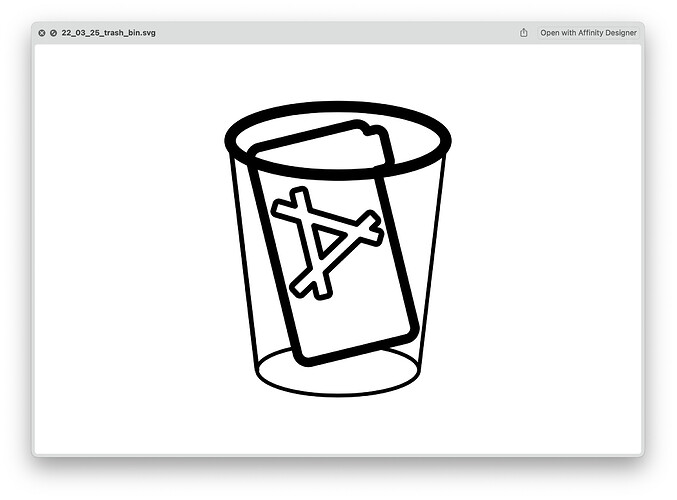 Did I just hit Expand Stroke a couple too many times? I’d really love to avoid having to rasterize since I’d like to be able to do this at varying sizes. Any help would be most appreciated.

Sadly I do not have Affinity (I’m an Inkscape user), which means I can’t open your file.

Possibly this will help?

The SVG opens in Inkscape.

You have a bunch of paths but no “hollow” objects. I was able to “subtract” a couple of open spaces - in Inkscape it’s called “Difference”. It would take a little time to clean up but that’s why you have all filled areas.

Here’s what the UI shows after subtracting a few of those open spaces: 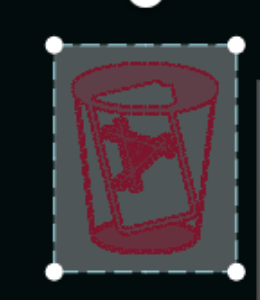 This might help you understand - a square within a square will just engrave, but when you subtract the inner square area, you end up with a border instead. This is in the GF UI: 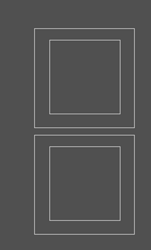 Futzing around with dividing and reversing the path a bunch of times as described in that post made it work! There was one point where I had to select one specific set of nodes to reverse because otherwise it was either all filled except one bit or all empty except one bit.