Made a Trogdor meeple to celebrate the Trogdor board game! 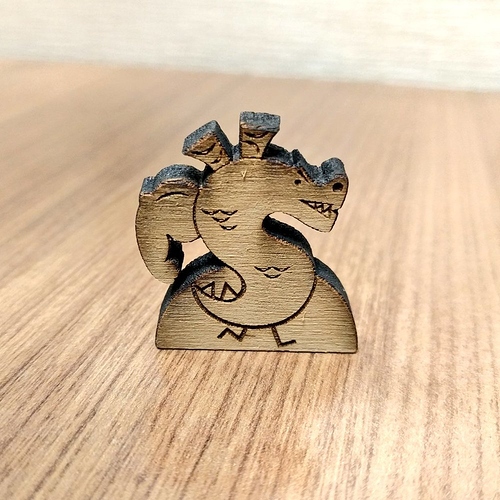 Love it!! For the new game?

My glowforge is named Strongbad and our friend’s is named Trogdor!!

Both my pre-release units were named Trogdor.

Indeed! For the design, I worked right from the print-and-play they made freely available to everyone - https://homestarrunner.com/printandplay/

TROGDOR!!! Man it’s been awhile since I’ve seen one of those

And maybe follow it up with Peasant’s Quest.
https://homestarrunner.com/disk4of12.html (requires Flash)

FYI they have a rewrite of the Trogdor game in html 5, so that won’t need flash.

Also make sure you know about the Trogdor board game!

The Burninator! might be a good name for the laser?!

There are several Glowforges out there with Trogdor-themed names. It comes up often in the thread about Glowforge naming:

What will be your Glowforge's personal name? Everything Else

Continuing the discussion from Beta - So this happened: So for we have Showforge # 3, Joshforge and Glowey McForgeface. I’m thinking of Sting in honor of Frodo’s sword and one of my favorite musicians.