Anyone do a teardown or have an exploded view or wiring details?

Anyone brave enough to do a teardown and post pics? Curious about parts, components and assemblies. I’m wanting to hook the unit to my external venting system I use with my other laser cutter, but afraid that it would overdrive the fan. I’m using this unit from Harbor freight, and it lists 660 CFM.


It has been wonderful with my other laser, I can even run the K40 with the lid up and the draft from the exhaust will suck everything out before the smoke can exit the open lid. But with the GF I’m afraid the 200cfm fan in the unit would get over driven and cause problems. I have to move the unit from near the garage door to deeper in the garage for winter to prevent freezing and I’ll need to use this venting solution since the GF can’t push out the 20 feet of vent on its own (I tried, smoke escapes out the cracks). Just wanting to get a look at internal layout and how I might be able to bypass or disable the fan easily but still be able to enable it easily if needed.
4 Likes
pdobrien October 26, 2017, 9:24pm #2

The fact that when exhaust is restricted air escapes from the cracks attests to there being an intake fan also. An exhaust fan is not going to pressurize the interior.
If I remember* the answer to that is yes, the circuits are protected from that. I would clear that with support before sucking that kind of CFM through your glowforge.

(* I stress that you do not want to rely on my memory.

but I won’t spoil any of the surprise by posting pics here.

What about that CFM/ fan overdrive question @aeva , can you address that? 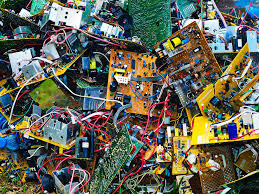 I can help. See that red wire? Don’t cut that.

M as in Mancy?

It was just wafting out the pass through ports. I put some gaffer tape across both openings front and back and it stopped. Wasn’t being blown out.

I see, but just for a heads-up…

So any word on if hooking up the 660 CFM to the glowforge would do harm? What is the CFM for the external BOFA units that are used currently? That would be a good starting point for discussion.

A “this will definitely damage your machine” or a “this will probably be ok” is all I’m looking for. just any guidance at all. Freezing temps are quickly approaching and the lack of information on the venting solutions since the filter is delayed yet again is getting to be frustrating.

The number 1 concern in previous posts was whether there was back EMF protection on the GF fans if they were overrev’ed by an external booster. The answer is they are protected:

Does the Glowforge have back EMF protection Problems and Support

does the Glowforge have back EMF protection on the fan system. if a example of why this question is being asked is needed let me know and I can give a hypothetical situation.

@chris1 spent invested quite a bit of time on his exhaust system, he might know the range of booster fans used by others.

I don’t think anyone has gone up to 660 CFM. That’s probably why nobody has responded. The real issue is how much airflow is being produced due to flow resistance in the ducting. Nobody would suggest putting a 660 CFM fan right on the exhaust port with no ducting on the exhaust side, but if there’s 20 feet of flexible duct your fan is at the end of then you might be in the 'this will probably be ok" range.

The biggest CFM being used that I could find quickly is 440CFM:

Do a search using ‘cfm’ as the search term. You’ll learn more than most people will have remembered at this point. And then make your own decision.

The biggest issue I see with a 660 CFM is that it is over 3 times the referenced speed of the built-in fan (200 CFM). With longer ducting (flexible over semi-rigid or rigid) the air resistance and flow dynamics will decrease the 660 CFM, but you will need to calculate how much air movement the vent fan needs to produce to get at least 200 CFM actual end of hose output.

That might cause some hardware issues in attempting to drive the fan at 3 times its normal design. Also, you will increase the noise level of that fan (even though it is not trying to increase its own RPM).

There are some calculation sites to help (a bit HVAC centric), but can be done:

@dan has said that the internal fan is designed for an 8 foot flex/dryer vent hose. When you need a longer run, there may be issues. Several discussions have been made about extended vent lengths, but you mileage may very as to your extension and fan boosting. https://community.glowforge.com/t/over-10-feet-vent-hose-for-glowforge/ Also, these might help Duct Calculator Friction Loss in Air Ducts http://www.engineeringtoolbox.com/duct-friction-pressure-loss-d_444.html On-Line Duct …

A quick search pops up a few anemometers on Amazon (assuming you’re in the states since you have a Glowforge already). They’re probably not terribly accurate, but hopefully good enough to get you close to 200 CFM at the Glowforge end. Then you could measure your current system and see how far off you are as-is, and if needed just don’t open your Glowforge blast gate all the way. Probably not the most efficient way to restrict the airflow, but I would think it would get the job done.

Chris1’s posts are educational, he measured and correlated exit CFM with particulate concentration in his GF room.

It seems that 150 CFM at the exit was sufficient to have no spikes in PM2.5 and no detectable odor before the lid is opened.

I’ve already had that issue under regular conditions. Some masking came up from a bunch of small pieces and ended up all over the inside of the machine. Probably also some in the exhaust system but I haven’t reached that far

Thanks for all the replies. I’m planning on rearranging everything in my shop and will just just hook up the k40 and gf in parallel on a Y off of the fan. this should probably be good enough to restrict and lower the CFM to a reasonable value, taken together with the back pressure of the exhaust ducting to the outside. I may look into some minor hacking to the fan power lines to see if I can trigger the external fan to be automatically activated like the internal ones are. This might also allow for deactivating the internal ones while hooked up to the external system.

any special setup or is it running ok with the gf as is?