I have had my glowforge for sometime now, but I have been having issues attempting to design anything. I have tried Inkscape but honestly it is a bit overwhelming. I have created other designs through my Silhouette Studio but I can not seem to figure out how to create my own design with Inkscape or even trying to change my .studio files to .svg. All of the designs I upload say that they can only engrave, but I can never cut.

Any help or advice would be greatly appreciated.

I know my way around Illustrator, SCAL, and Make-The-Cut… and I found Inkscape to be absolutely infuriating. I had to look up how to do every last little thing. So, you aren’t alone these.

Since you know Silhouette Studio I would first try to figure out saving SVGs from there. If no luck, or if you want to try something new, I would look at Affinity Designer. It is $50, but it very pleasant to use compared to Inkscape. It has many fans here and you can get a lot of help.

I will look into it, thank you!!! I have tried to save my designs in Silhouette Studio as .svg but the only options it gives me are .studio or .gsp

Welcome to the forum, @hillarymhendrix. Inkscape can be overwhelming, with so many more choices and options and features. Silhouette Studio is much simpler, but you have learned the basics of vector designing if you can use it. Silhouette Studio can save a design file as an SVG only if you have an upgraded version. It costs to have that feature.

If you are only getting engravable objects, then you have might have filled the object with a color rather than defining the stroke color only.

Have you done the First Prints tutorial yet? It does walk you though the process using Inkscape.

Have you noticed the Glowforge Tips and Tricks category? There are many tutorials there, including the basics of Inkscape that can help you understand how to design using vector software.

If you need some more help with this, I’ll keep an eye out for you here.

I will probably end up paying for the upgraded version then since I am already familiar with the software. So the trick is to make my image dark then leaving the engraved area blank? Like a black circle with a phrase within it, but the phrase have no color? If that makes sense.

Honestly, just commit to Inkscape. It’s not impossible, and it’s not even counter intuitive once you understand vectors. You can use simpler programs, sure, but you’ll eventually be like “why doesn’t my simple program do X or Y?” That’s because you’ve outgrown it. You won’t outgrow Inkscape.

They’re for a slightly older version of inkscape so occasionally you have to figure out what menu things are in, but it’s thorough and really simple.

It’s a little more complicated than that. I don’t have my Silhouette software loaded on this computer at the moment, so I can’t recall if you can fill a shape. The Silhouette is only going to give you vector lines to cut and no fills that would be necessary for text.

I am with @evansd2 in that Inkscape is very powerful and useful and there are tons of tutorials. One helpful thing is to tweak the size of the icons in preferences to you can see them and menu items more easily.

A vector path is a line that when it has a defined color, will default to a cut. If that same shape, such as a circle, has a filled color, that will engrave, as long as the outline of the shape, which is the bounding path, does not have a defined color.

When the Glowforge imports it, then it interprets each object as either a path to be cut/scored or a filled object to be engraved.

Some folks like Affinity Designer. It costs, but less than Illustrator and it seems more user friendly at the start.

make my image dark then leaving the engraved area blank?

Yes and no. If you want text to stand proud and un-engraved within a deeper background shape that has been engraved, you can’t just pop an unfilled object of text on top of a black background filled shaped. You have to “punch out” the text so that the text and the background object is on thing.

This is what I think you are trying to do. It’s an SVG. You can right click and save as and then open in Inkscape and see how it is made up.

Also, Inkscape and GF are peas in a pod. Affinity can be dialed in, but the bulk of scaling questions I see come from it.

I have created other designs through my Silhouette Studio 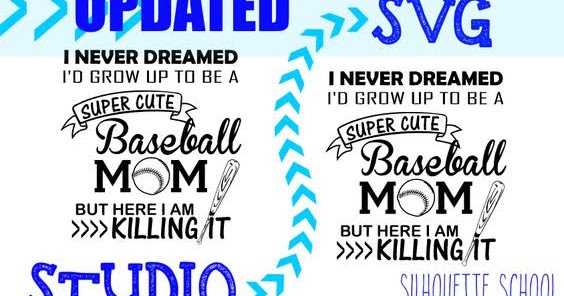 How to convert Silhouette Studio files to SVG for free.

The cut or engrave is another item, not related to conversions but design itself.
There is an App for that and we call it Jules.

Engraving + Cutting on a single file? Problems and Support

Also: And this one is good for general interface use:

Need help with selecting design software Everything Else

I am a purchaser from the initial semi-crowdfund span, received my glowforge more or less when expected for someone at that point on, and to this point I have only used the glowforge a small handful of times. I have most of my initial materials more or less untouched, and haven’t spent any of my store credit (and I think I missed the window for founder discount? At least it was supposed to have ended by this point, as i understand it) The reason for the delay: I am autistic, and not a terribly …

Search using the term software instead of program.

The most common are Affinity Design, Corel Draw, Illustrator, and Inkscape, While some folks use 3D design programs like Fusion 360, almost everyone here uses one of these four programs.

It is a a challenge, but well worth it. I had familiarity with Inkscape, but had to learn how to design specifically for the laser. Then I wanted to learn a 3D design program, for designing things with the Glowforge but most importantly for designing for a 3D printer. I had tried numerous times to figure out how to start on Fusion 360. But then I tried OnShape and it clicked for me. Spent a long weekend learning how to do an object that was a simple shelf with three parts, but it was so worth it.

Lots of video tutorials and how tos.

Thank you all so much for your help, I will have to sit down and see what works best for me. I know it is a learning process, just every time I get that bit of down time I attempt to design something, but I do not give myself enough time for trial and error. I think this will be something I need to dedicate some time to until I get it right.

Design always takes the longest time. You can start small, like use a box generator to make a nice simple box… and then put a image that you like as an engrave on the top. Easy assembly of elements like that will get you the basics of alignment and design pretty quickly.

Try some of the free svg sites to get a headstart, like openclipart or svgsilh. Then for box generators, there are a ton of them, but lately when I want a simple box I use this one:

Easy enough to get started.

Until I purchased my Glowforge I had never looked at Inkscape, but since I knew I would be waiting for months I setup Inkscape and just wandered around making stuff (most useless) but each step of the way I learned something new about how stuff worked.

It is a basic fact of the universe and computers that in order to make any decision about what you are doing there needs to be a widget to do so. The more control you have of the decisions the more complex the widget. The real learning curve is the organization and location of the widgets which is much less scary than trying to wrap your head around all the concepts.

I had already learned Autocad, 3D Max, Gimp, Corel, and Blender and mostly taught myself those with the same Widget approach.

wrap your head around all the concepts

I can remember the exact time I discovered nodes and curve handles on vectors. I was using Corel Draw. It was at least 25 years ago. I was designing a label for some homebrew. It was a California steam beer analog.

I didn’t know they existed. They are so small and back then with a small CRT monitor and low resolution very hard to see. And trying to figure out what those handles did and the different kinds.

But that is a key concept for designing vectors and is something that has to be learned.

Have to have business edition to change to svg

I was using Corel Draw. It was at least 25 years ago.

I started with Corel Daw 3. Was very excited when they went 3D and then they killed the capability

I was really pushing to do more 3d at that time, including several “flash in the pan” programs including “Trispectives”

I’ve found this site to work for converting to svg.

If you only have pdf files, you can convert those to jpg first, then use the svg converter.

“Converting” a bitmap to SVG does nothing. You can just import the bitmap (JPG, PNG) directly into the UI.

SVG is a container format like PDF, they can contain vectors and bitmaps. All that site does is put the bitmap into the container.

There is no need to convert PDF, it is supported by the GF UI.

Thanks. I will definitely commit to learning Inkscape. $50/month is a little much for what I use the Glowforge for.