Sometimes things seem too trivial to create a whole new topic, so I’m going to add my tiny accomplishments in here instead. Feel free to chime in if you feel the same way.

Tonight’s is a little edge-lit centerpiece. I just grabbed some public-domain art and added text to it. Here’s the photo: 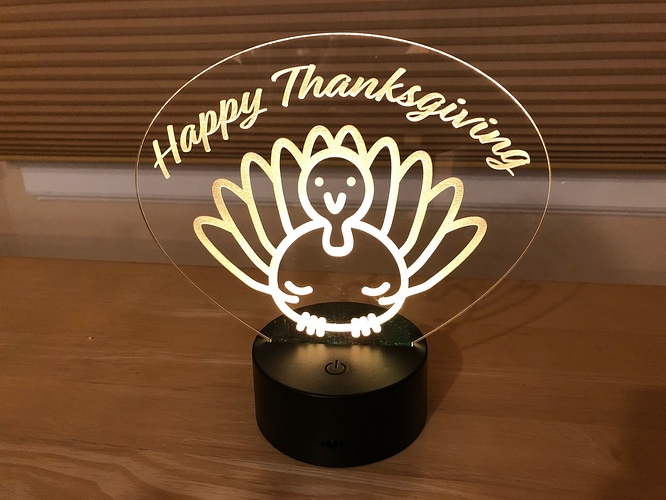 If you want one, the files are on Thingiverse. 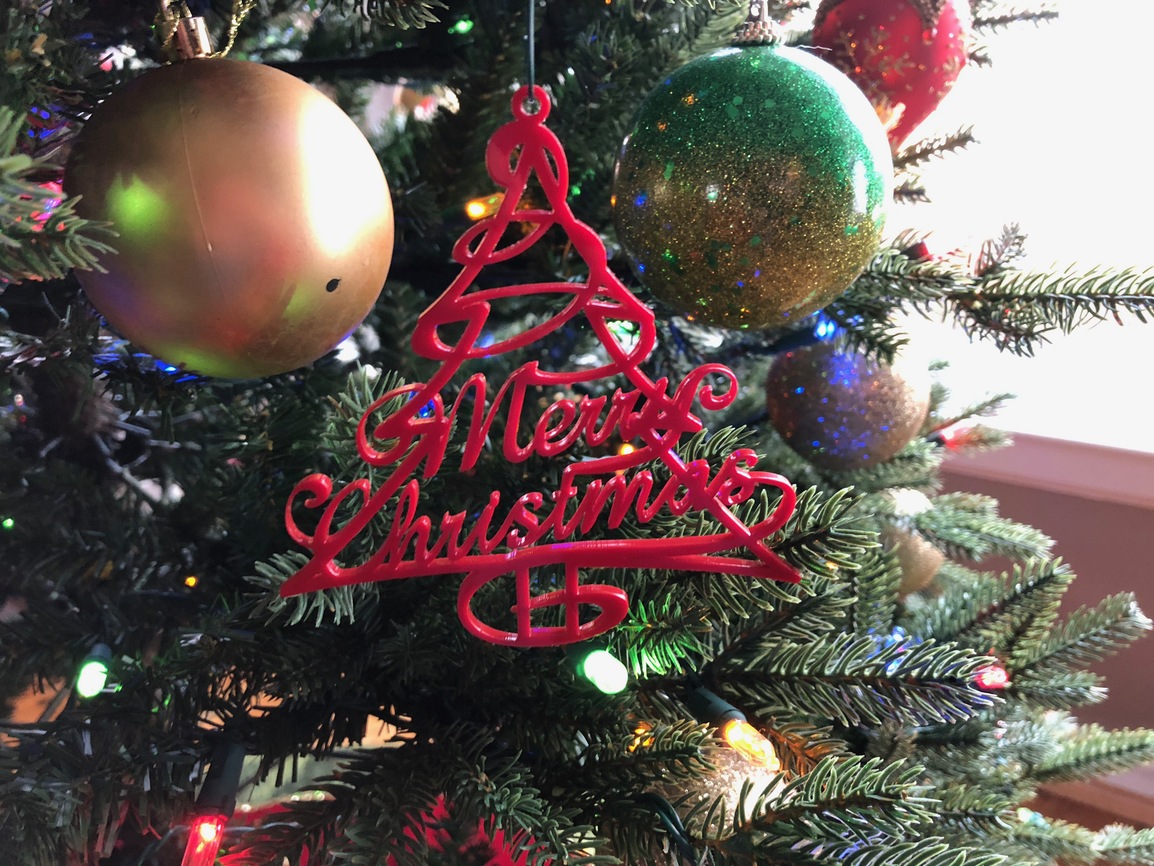 I spent far more time than I’d like to admit strategically fattening the widths on some of that text where it was too thin to survive cutting. It works without the tree overlaid as a fun springy thing, but adding the tree gave it a lot more rigidity.

my bases just came in and I haven’t measured how wide the slot is.

I wanted to make something for a friend of mine, who has a unique catch phrase. I thought @mpipes’ Just Another LAME Gift Card was an interesting text effect, so I went for something similar, and it gave me an opportunity to get in more Illustrator practice. The end result is nothing terribly special, but one of the things I like about this machine is being able to knock something out in under a hour from idea to physical embodiment. 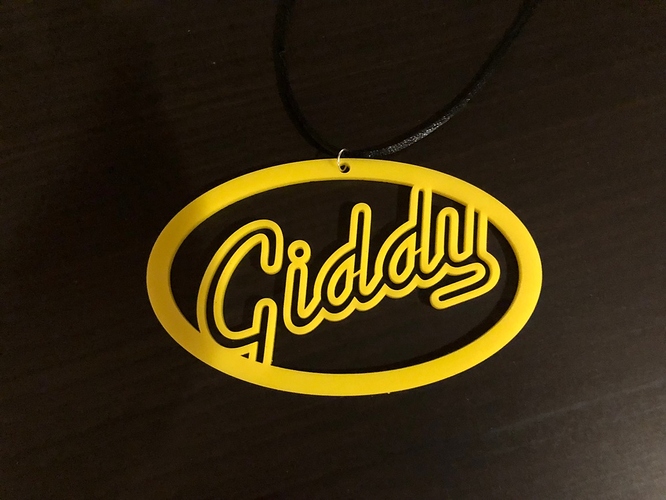 I really like that, Great choice of font too.

It was close! I almost hit print and then I stared at it for a while trying to visualize what’s connected where. It wasn’t entirely obvious from the mass of lines, but I eventually realized I needed some extra connections. 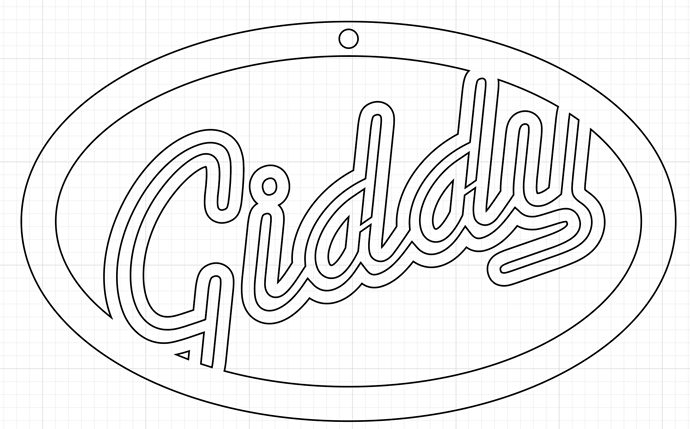 Just some run-of-the-mill fidget spinners. I kind of hate fidget spinners, but they’re fun and easy to make. I guess my form of fidgeting is making things! 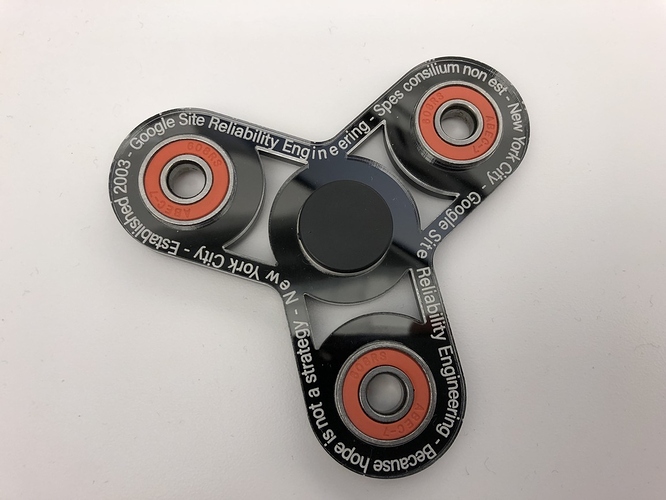 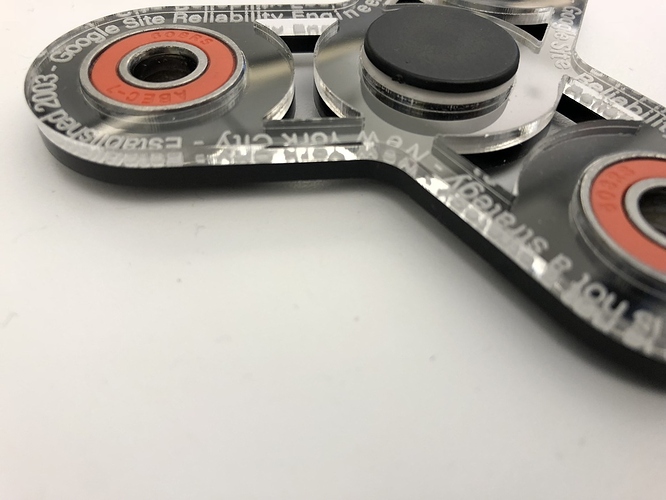 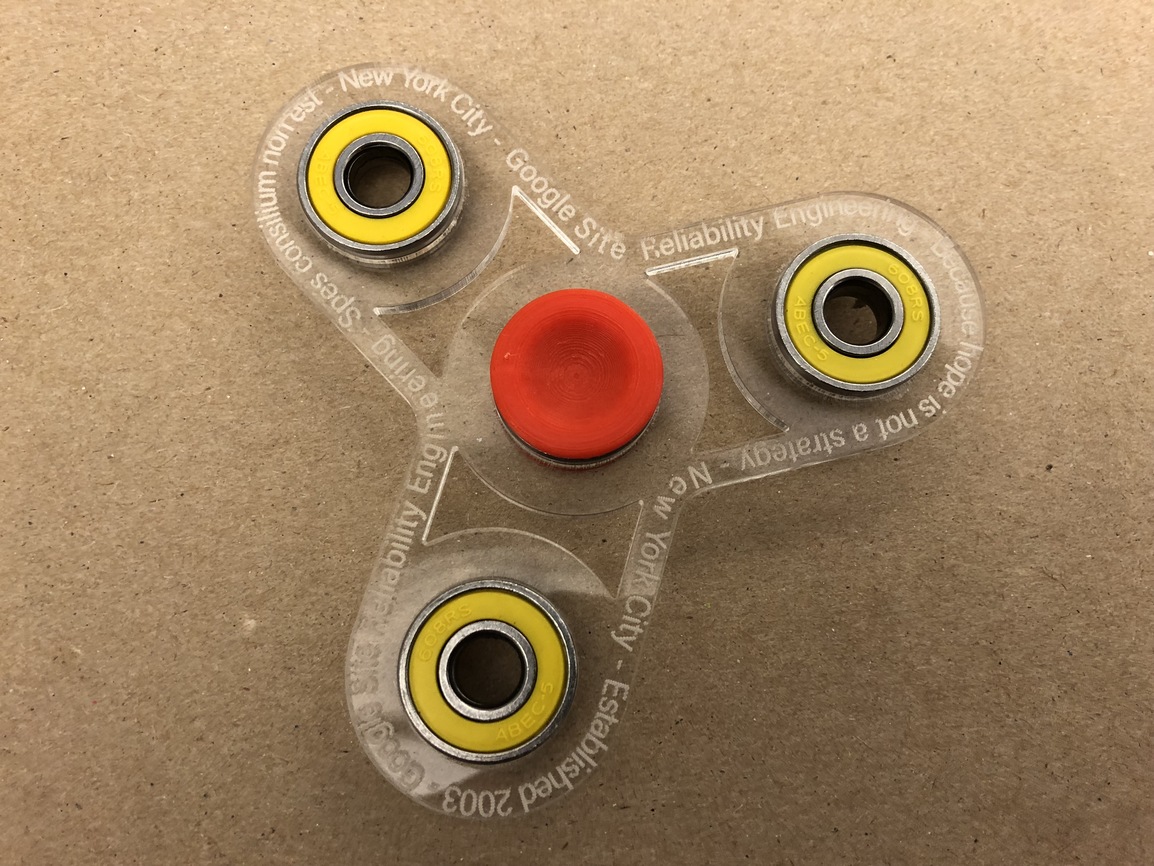 Just a trivial cake topper for one of my teams’ launch parties. I was going to try a color fill, but it was midnight. 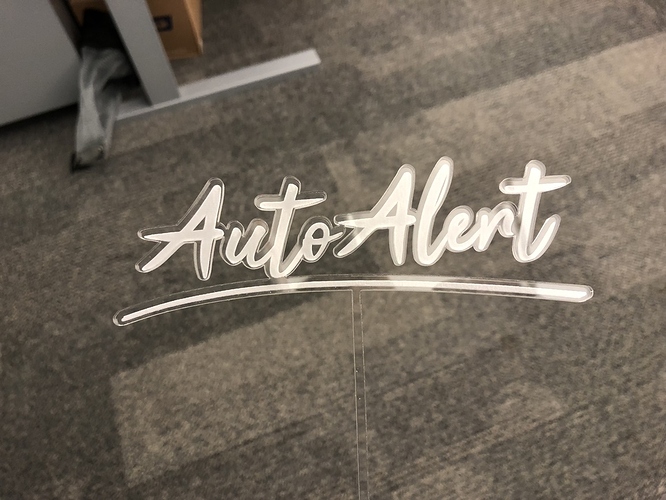 I like how these things maintain their shape even with very thin connections between the parts. (Of course, they’re super easy to break)

good luck with the launch. though by now perhaps hope it went well.

I really like the looks of this one. Great job making the connections between the letters so subtle 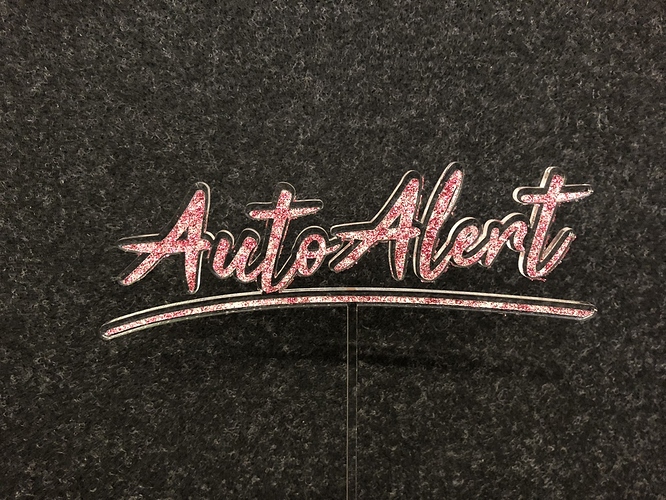 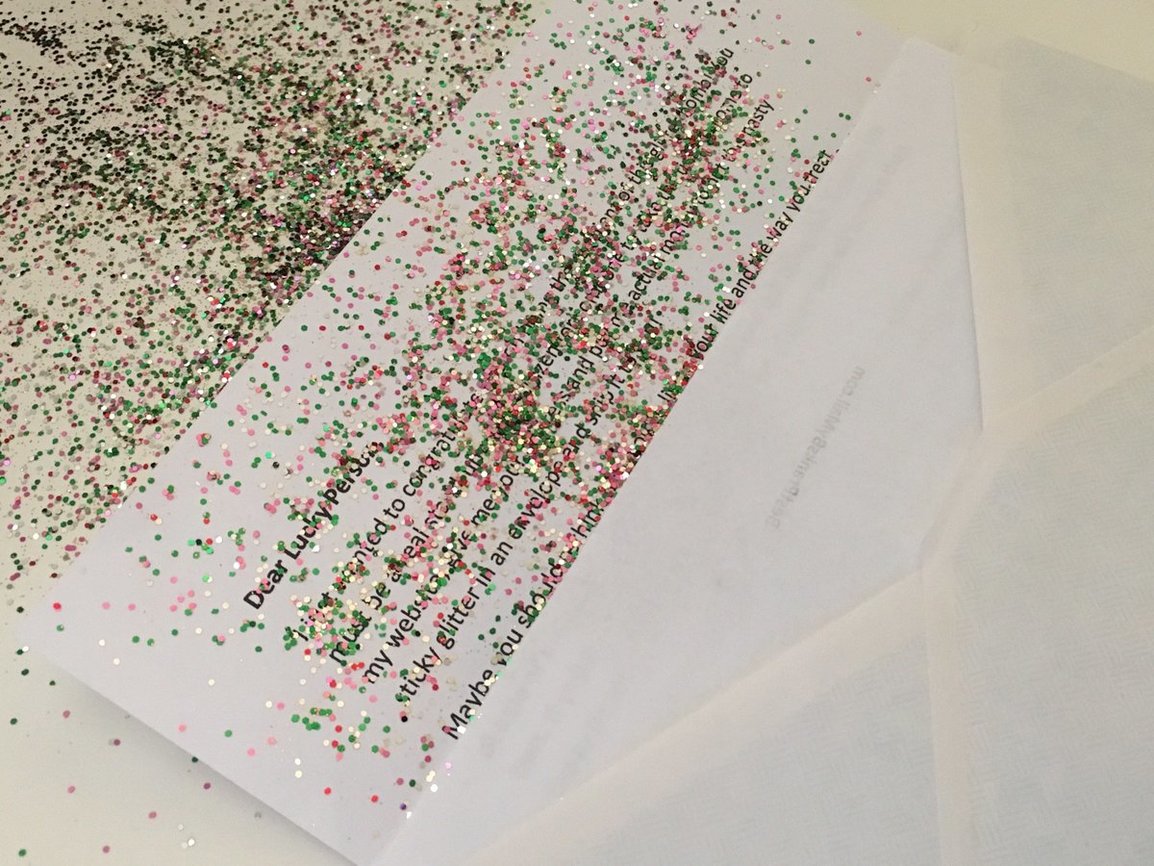 Exactly what it sounds like. An envelope stuffed with glitter to get fucking everywhere!

By the way, what was your address - for uhh that Proofgrade gift card that I needed to send to you?

Oh wow you are right! That makes the whole thing pop!

Huh, I thought the glitter bomb guys went out of business. Looks like they relaunched or maybe someone else ran with it? Anyway, awesome and evil.