In the Gift Of Good Measure thread, @cynd11 asked,

can I use it to measure the right amount of spaghetti?

I’m glad she did, because a pasta spaghetti Pasghetti Measurator was something that I had wanted to make with the GF in early 2016, and had forgotten about.

Engrave Black, Score Blue, Cut Red. (if the imaginary words bother you, you can make the blue rectangle a cut-line too. Or ignore it.)

You forgot the “don’t judge me” and university student portions. Though I don’t think the GF can make a hole that small.

Hey, thanks for that! I assume that a serving size is 2 ounces? I usually weigh mine, but I’ll have to check your measureater–it should be a lot faster.

I assume that a serving size is 2 ounces?

Haha… Assume nothing! I haven’t tried it yet, just found a set of dimensions and designed it off of that. Might be having spaghetti for dinner tonight… For Science!

Hmmm… the “don’t judge me” size uses all four holes for one serving.
University student portions… this tool doesn’t work for ramen packets.

Oh cool! I never measure, just grab and go, and usually wind up with too much pasta for the sauce!

(Oh BTW…started watching Dirk Gently…you’re right, it’s quirky and appealing in a weird kind of way…I never was much of a Douglas Adams fan, but this one might make me go dig up the books…might have been too young to appreciate the humor the first time I tried to read them.)

I have got to start watching that…well, find a way to watch it. I love Douglas Adams stuff.

I tried streaming from the BBC site but just got the neverending spinny circle. . . Will have to try again.

Wait… so I’ve been doing it wrong? 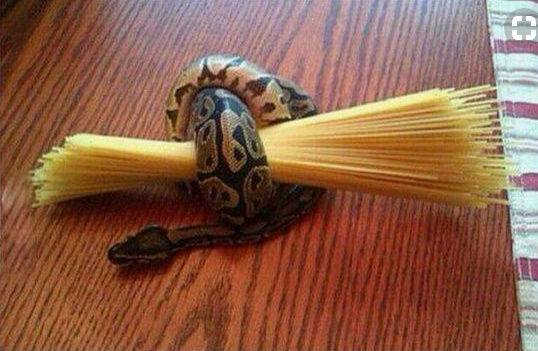 I’m not sure that’s wrong, but it’s definitely…uh…different.

I always had difficulty breaking the spaghetti in half. That is a worthy option to consider!

We’re a 1# box kind of family … but, this reminds me of one that hung in my Mom’s kitchen. Thank you for the file!

This is the first thing that came to mind XD

Guess what we’re having for dinner tonight? The three serving hole is 4+ servings according to the package, but matches what my family of three eats perfectly. 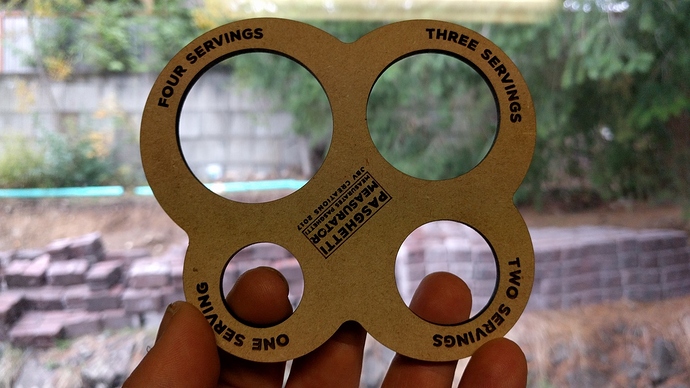 Ever since the youngest turned 9 we just go with “cook it all”. When he turns 16 it will probably be two boxes.

Perfect! Now do one for bowties!

Are these American sized portions, or regular portions?

Are these American sized portions, or regular portions?