@dan, I’m really curious to hear any updates you have in regards to the Catalog. Mentioned numerous times that “it’s in the works”, but what’s the scoop on the catalog? Seems to be a lack of focus there since it’s been in a beta form with no movement in over 2 years of released Glowforges.

Also, those designs that were promised from the crowd-source video; any updates to them?

those designs that were promised

Many of the designs have been released - which one(s) are you looking for?

Drone, dollhouse, earth, wallet, you know, the items in the promotion video that was posted 4 years ago.

No I don’t, as many of the items have been released. I don’t track them because I make my own designs - but
the last official word: Promise to have products in the promotional video available for free to people who had to wait to get their glowforge - #4 refers to anything not yet released

After watching a tutorial on Autodesk Fusion 360, I downloaded a model of the Earth from the Thingiverse and imported it into Slicer for Autodesk 360 Fusion. To produce a PDF with cut instructions, I did the following: Adjusted the manufacturing settings, creating a profile for my Glowforge. Note that the thickness is set to 0.115 (typical thickness of cardboard from Amazon boxes) [02 AM] Selected stacked slices for the construction technique. [49 AM] Adjusted the Slice Direction to a…

Hi folks, I’m away from home so I’ve been passing the time in the hotel working on a laser cut wallet design. Heavily based on one of the free templates from http://makesupply-leather.com/, but laserizing it. Makesupply’s Youtube videos for designing laser cut wallets tends to use circular hole cuts, but I’ve also read that the “slit” method results in something more akin to what you’d get from using traditional leatherworking tools to make the stitching holes. Anyway, given that I’m not home …

Thanks for the response, but these aren’t glowforge solutions, just individuals providing their own works of art. None of these designs are in the originally touted catalog library.

I design my own items as well, (have to with owning 2 lasers and a cnc router, but I am looking for the follow-through from the company itself. So much effort is being placed in different bins, but I don’t see any of this effort being placed in the catalog.

Promo video designs added to the Catalog since its original release:

Also,
Catan Board (Currently available by clicking on the little gift icon next to your name in the app)

Oooooh, thanks for the list…I didn’t want to have to sort them out again from all the other cool freebie designs.

(I love this group!) 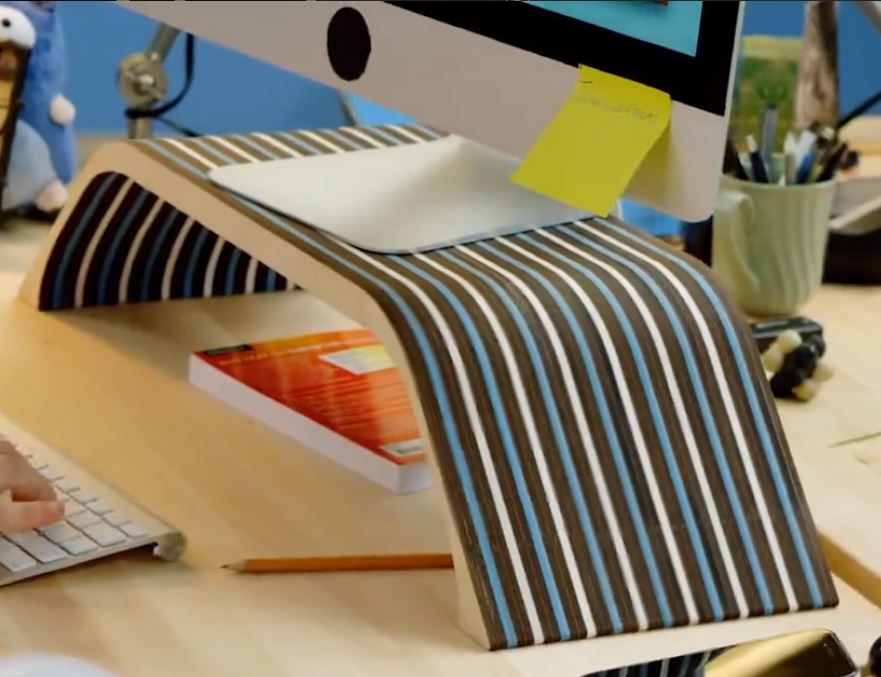 I am wanting to use the stand on a table and put a monitor on it hooked to my Surface or work laptop… that way it elevates above and I can have an extra screen to work from on a small table while we watch TV.

Admittedly, a very cool monitor stand! (No grandkids to take advantage of the doll house, but might have to make one for me one day.)

Hmmm…that looks easy enough to design but it’s going to be a material pig because each layer won’t nest.

What I’d do is design with the full slice for the first & last piece. Then for all the others, I’d split it in half so they could nest on a sheet and eat up fewer full sheets. You’ll end up with a line down the middle so if that’s not okay, I’d take the full slice design and instead of splitting it in half, I’d split it 75/25% along the topside length and then alternate their placement in the stack so you’d have full, left 25%, right 75%, then left 75, right 25…

Some guy posted a similar design earlier today. Might be worth checking out…

A user was asking about the monitor stand shown in the promo video. This one isn’t quite as nice, but is a fairly close stand-in until the official design drops. [Non-GF Monitor Stand] Print three times on different materials (if desired). I added alignment holes for 1/8" brass rods (avoid wood dowels as the point is to keep all those layers aligned). If desired, print two arches without holes for the front and back. Standard Disclaimer: For personal use only, no commercial use allowed. D…

The Dollhouse and Simple folded Wallet.