Two sticks to rule the world

Well, the world inside a Glowforge anyway! Having some scrap plywood I thought to make a 20-inch ruler that would define the space available and set accurate measuring points, I set Inkscape with a 1/10-inch grid and a snap-to-grid so they were dead on accurate and as I was doing it realized that I could not engrave or even cut the full length, so I measured a horizontal line as close as I could get to the max cut area, and cut the rulers down to that. I could not decide which side to put the inches so I made both the top one a hair longer to see if I could get away with it, and cut each one in turn.

As I then had two of them I measured the distance from front firewall to the back and cut the short one there so I could leave them both in place when cutting, and put on a coat of varnish, against any fumes, so I could wash that off.
So here (I hope) is the svg for both:

You will notice that the text is a bit odd as I had to score rather than engrave as the space available for engrave is much smaller: 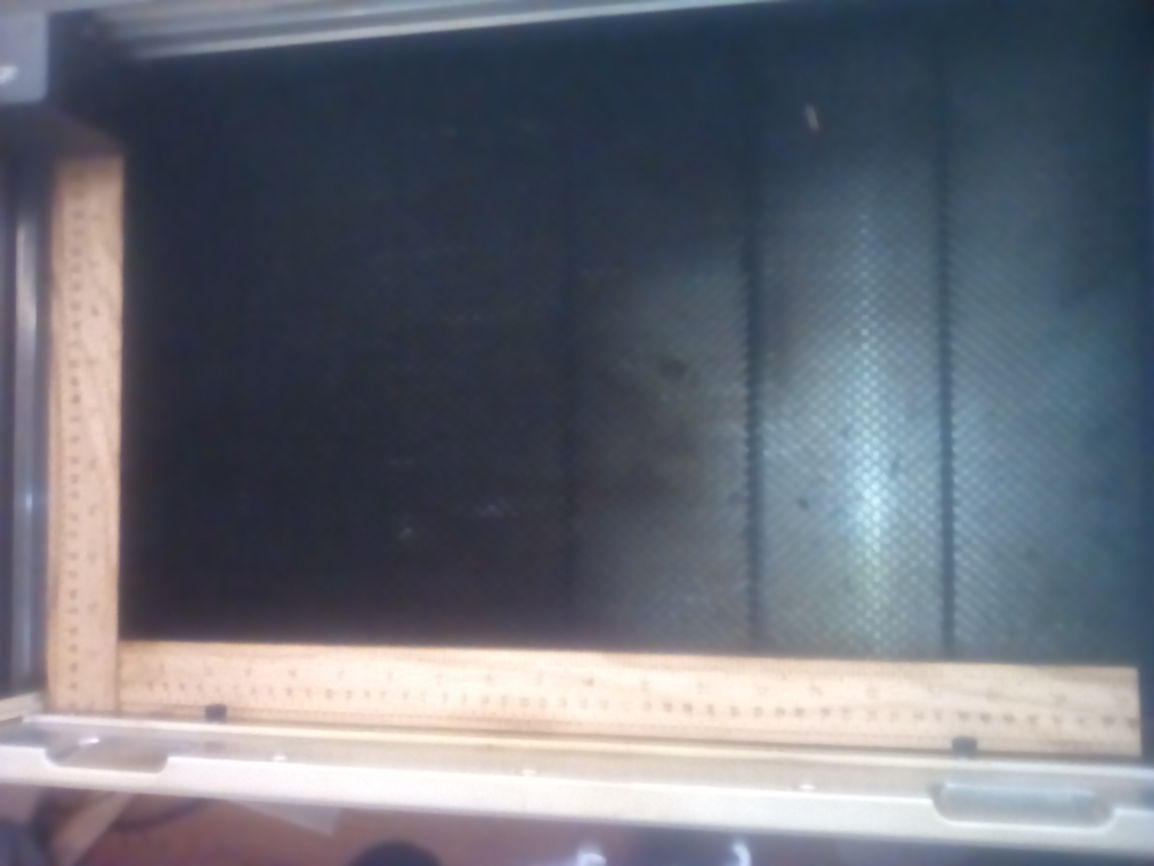 Just what i was looking for … Thanks!

I discovered how I can engrave the big one! I put it in at 30 degrees and the diagonal on the maximum engrave is just about enough to not refuse

I also discovered that by setting the local focus height to 0.50" the score was wide enough to be easily read.

I think mine came in as a jpeg

If you right click ad hit save as it should report out as an SVG as it did when I just tested it.

If you’re using IE or Edge, switch to Chrome or Firefox to get the .svg when you right click

I think I might have been using safari. I have Chrome as well but I dont think I was using it at that particular time.

so…fullpower? and full speed? with 0.50" focus height? and doing both at the same time would leave me with two engraving jobs and two cut jobs??

You are flipping amazing! I left that comment not even two miu=nutes ago! and see your little replying bubble flashing already! Letting me know that you are ON IT!!!
I swear! you are the best!

Each color is a different layer. The numbers can be engraved but it is hard to have enough room. What I discovered somewhat late is that you can score the scale and numbers with an unfocused beam and have it wider and easier to read, and thus not need to engrave them. Setting a height at 0.5 is how to defocus the beam.