I purchased the Basic unit and want to build an insert for my window that I can use to connect the vent hose into. I live in NJ and it is going to be getting quite cold so I do not want to leave the window open completely. What size hose comes with the unit and are there any other precautions I need to think about? I saw in another thread that someone mentioned a need to isolate the unit from the cold air coming down the length a tube. Do I need to figure something out to block or warm that air first?

I think I read somewhere that it’s the same size (4 inch I think) as a dryer vent. I’m going to put mine near my dryer and share the outside vent that the dryer uses) going to look for a splitter that won’t back vent when the dryer is on. (if that makes sense)

One word of caution on sharing the dryer vent - air from the dryer will be very damp and I would think you would not want that making it’s way over to the GlowForge. Not sure how tight the anit-backflow would be but that would worry me.

Here’s the link to the guy who mentioned the cracked tube.
My understanding is 4" dryer vent.

Oh good thought. Hadnt thought of that. I’ll have to rethink this then.

Thank you for the link

Thank you for the link

You’re welcome. I don’t know what I would do about preventing backflow but a quick search returns this

Great information and I appreciate the link. I was looking at something similar and wonder how much “force” it will take or the Glowforge puts out in order to open the damper. My guess is that it is very small. I was thinking of using an inline blower fan like for ducts so when I am ready to use the machine - I flip the switch on and it forces the air out hopefully not allowing any air back in - something like this: http://smile.amazon.com/VenTech-VT-DF-4-DF4-Duct/dp/B00F6BL11U/ref=sr_1_5?s=industrial&ie=UTF8&qid=1445964213&sr=1-5&keywords=air+duct+fan

If I combine this with the ability to close the airflow back, it should work.

Also just found this: Filter and think it might be a better solution if it filters to the level required - interesting.

In addition to not wanting damp dryer air hitting the inside of your laser, you’re not going to want the laser to back exhaust fumes into your dryer! Best to do separate exits, unfortunately.

Setup 1 (old space) used flexible 4" dryer tube between the laser and blower, then solid ducting to an existing exhaust port on the wall (intended as kitchen exhaust), and worked OK…until the winter of 2013 brought a super-hard freeze (by our standards: -18F) to our area. Even though the exterior louvers were closed and the space was heated (50s-60s when no one was there), enough cold air came in to freeze the coolant water in the tube.

After this, we added the blast gate (similar to http://www.rockler.com/4-stablegate-blast-gate), which sat between the blower fan and the laser.

Setup 2 (initial setup in the new space) had the same dryer line running between laser and blower, then switched to solid ducting to run to a ceiling vent that went to a common exhaust worked well for the laser, but not so well for the bathroom. Even though we made sure the diverter was doing its best at keeping the exhaust airflow from coming into the bathroom, it still smelled like fresh hot laser in there. I can’t recommend having a laser share an exhaust with anything, even if you have a good diverter.

Setup 3, the current setup, returned the laser to a dedicated exhaust line, put a better louvered vent on the exterior wall, switched ducting from using any floppy dryer tube to solid aluminum flex duct, and has the blast gate after the blower on the exhaust route. Some water got blown into the exterior vent during a particularly heavy storm, which the gate prevented from flowing further into the blower. We’re still trying to figure out whether we need to change this, or are fine, since that type of storm almost never happens (we’ll end up fixing it, but other projects have taken precedence). This setup works pretty well so far.

Interesting. Given that the GF is supposed to have a closed loop cooling system, I wonder if it will ship with cooling water already in it? Not asking the question but just thinking out loud. Live in the WV mountains. Wouldn’t want a delivery in January unless the acceptable storage temp was at least -10F.

I suspect the closed loop will be filled and not necessarily with water.

Since our shop also contains a large selection of wood working tools, we have decided to move our GF into the office, and run some of our venting out to our sawdust collection system. Our collection actually gathers outside the building. Granted, this will likely reduce the moisture problem since we have a complete shop between the elements and the GF, my suggestion would be a manual blast gate. You already have to be present to run the GF, what’s one more step in the process to open the gate?

The cooling system will be shipped filled. Mark’s been testing coolants, so it may not be H20; I don’t know where he wound up.

BitB - thank you for the link. I think that will work nicely for what I am looking to do.

Marius Hornberger, a great young maker in Germany, has a good video on homeade blast gates. You’ll find other videos about shop ventilation on his channel including home made blowers.

Looks liks it would be a very easy first project for the glowforge. Laser cut blast gate. 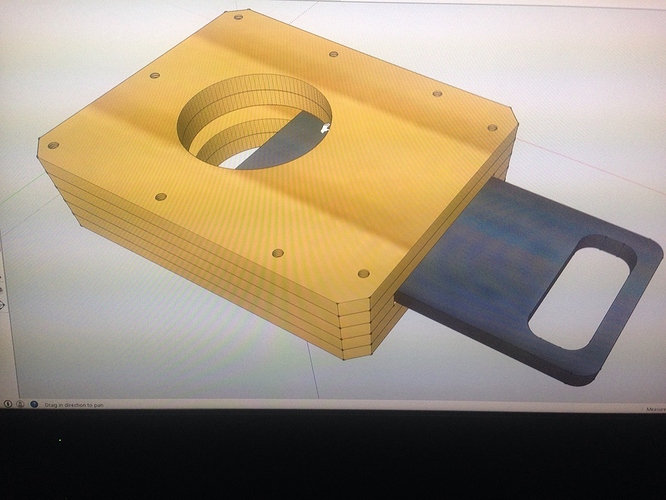 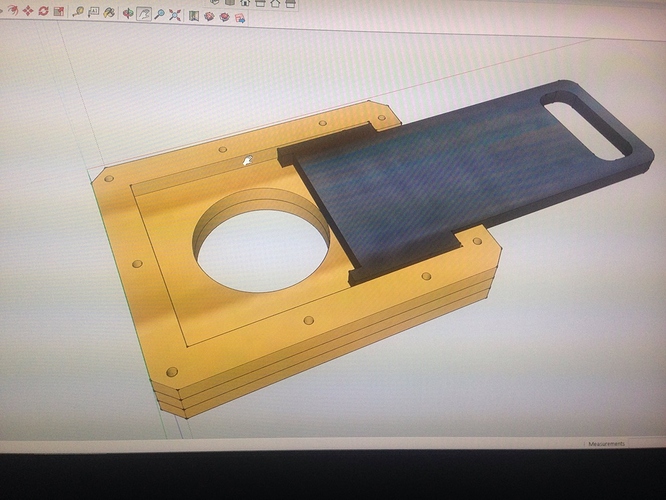 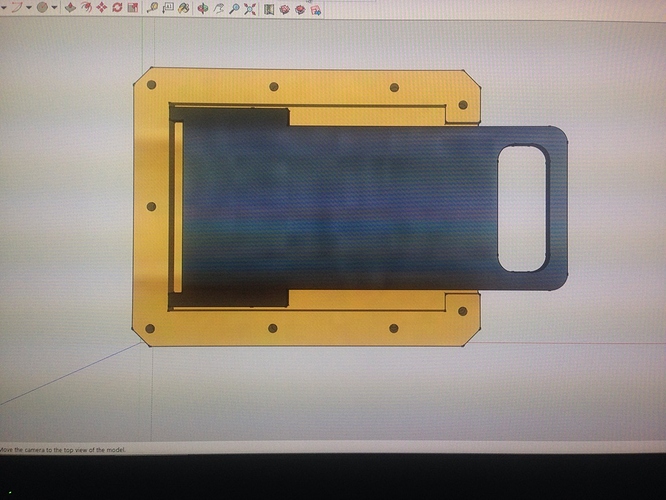 You’ll need to add some way to attach the hose. Lots of work for a $5 part on Amazon.

Just need to glue in some pvc or other material ends maybe even a union on either side and the nice part about cutting it is you can fit it easily to an odd ball size system if you already had a shop setup or different sizes on either side.