Hi, I’m hoping the GlowMind can help me out with something here quickly. I’m working on engraving some 1/4 baltic birch. I’ve had really good results in terms of depth and definition just going at it with a setting of Max/Full/1 Pass/270LPI on a Pro, but I was wondering if anyone could recommend changes to those settings that would reduce the amound of burn on the bottom of the engrave (less worried about the sides of the non engraved sections, if that makes sense). Basically just looking for something that be a lighter starting point for applying brighter colour stains.

I’m a bit wary of spraying it with hydrogen peroxide or DNA to remove the char, as I don’t want to inadvertently remove the mask around the engrave. Thanks!

For less char you need to move as fast as possible. If that is not deep enough then do more passes.

Being as I’m already going at max speed and max power, would it mitigate char to do a lower power (but still max speed) and multiple passes?

Probably yes. The GF is not the best machine for char free cuts / engraves because it is so slow.

Dude, we know you love your Glowforge, but seriously…

I’ve read doing a last pass at a very low power may just remove the char without leaving any additional char. No idea how well it works in practice.

PrintToLaser recommends soaking in alcohol for 15 or so minutes. I’d be going with a 99% IPA or a methanol/mix. As this would probably defeat your wanting to keep the masking in place you may want to consider cutting out a second mask from a masking material and use it in conjunction with a jig to reapply the mask. I haven’t had the greatest luck in keeping paint from wicking up underneath the masking so I am growing a bit cynical about it for that purpose. That said, I also need to do more experimentation here.

There’s a big thread about my technique kicking around in 2 parts:

People want to know about the settings I ended up on here: It was done in Baltic birch non pg ply Speed 600 Power 80 Vary power 225 LPI As a bonus, I cut at 220/Full (pro) (These cut settings really are subjective and only apply to this specific batch of baltic birch. I have long since moved to a test-first method: anytime I get a new batch of BB ply I test a piece to dial that particular batch in. I’ve had some that 220/full wouldn’t have been reliable, so now I always test. For more…

Things I have learned since:

And beyond that, some meta learning: Baltic [ply in general too] doesn’t love going too deep or you hit the middle layer which can blow the fidelity of your whole engrave. The middle layer can have weird textures that can make your globe have knots in the ocean:

Or it can cause your darks to “bottom out” and get too dark for the rest of the engrave (note the dark hair on left. Muddy and too dark):

Mucha more engraving Made on a Glowforge

Two Alphonse Mucha pieces: [image] SVG for anyone who wants to give it a shot: moet_cut.zip (1.9 MB) Ok so I hit it with different lighting and it really pops: (sorry, uploading the video directly just wouldn’t work.)

Properly powered though, you can get good fidelity and grading:

One last engrave for the evening Made on a Glowforge

I had a thought that Alphonse Mucha’s work would engrave well, he did lots of art nouveau posters. So I googled for one of his paintings: [image] A quick test, cropped and adjusted the curve to make it a decent candidate for engraving — maybe all of 5 minutes to get it set up: [image] [image] Not to get into settings too much here but, on Baltic, with “vary power” engrave mode. It’s amazing what you can do so quickly with the Glowforge.

Klimt engraving Made on a Glowforge

Not much to say here but I’m pleased with how it turned out. [image] [image]

… and that’s just what I’ve posted. Search around, there is more than you will know what to do with.

Dude, we know you love your Glowforge, but seriously

The best thing I’ve found for removing the charring is use a toothbrush and this orange hand cleaner with pumice. 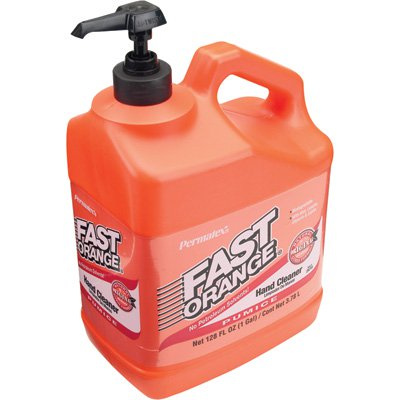 Apply some onto the toothbrush like you would when you put on toothpaste. Brush it into the engraving and then wipe off with a cloth. I quickly clean the toothbrush and with the clean toothbrush (that’s just a little damp), I’ll brush over the engraving again to get any residue out that might remain. Try it and see what you think.

For 1/4" baltic birch engraving, where did you set your focus height?